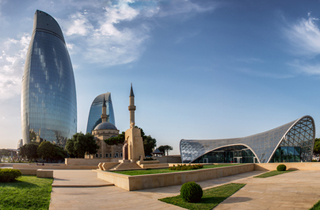 A recent report from the Office of Congressional Ethics reveals that ten members of Congress went on a trip to Azerbaijan that was secretly paid for by an oil company, which channeled the money through nonprofit groups to maintain the appearance of propriety.

According to the report, obtained by the Washington Post, the State Oil Company of the Azerbaijan Republic (SOCAR) paid $750,000 to host an energy conference in the capital city of Baku, and invited members of Congress and their staffers to attend. In order to mask the origins of the money, however, SOCAR “funneled” the money through various American nonprofits, which then paid for the forty-plus government officials to attend the conference.

In a totally, completely unrelated matter, SOCAR sought over $28 billion in exemptions from the U.S. sanctions on trade with Iran, due to a pipeline that ran through the Caspian Sea. Yep. Totally unrelated.

On April 16, 2013, Kemal Oksuz, an executive in charge of the nonprofits, wrote to the president of SOCAR, requesting $750,000 to underwrite the conference, according to the report. In return, Oksuz pledged that SOCAR’s “logo will be used on all printed materials, banners and website, and that SOCAR will be recognized as the Main Sponsor of the Convention.”

On May 13, SOCAR transferred $750,000 into the Wells Fargo account of AFAZ, according to the report. Three days later, AFAZ made its first money transfer to pay for the plane tickets for the conference attendees.

“SOCAR and AFAZ provided gifts in the form of impermissible travel expenses to congressional travelers in violation of House rules, regulations and federal law,” the ethics investigators said.

Investigators also said lawmakers received a number of gifts, including crystal tea sets, briefcases, silk scarves, turquoise earrings, gold-painted plates and Azerbaijani rugs. Some congressional staff members told the investigators they thought that the rugs were worth about $300 — $50 below the reporting threshold — and that they didn’t need to disclose them on their forms filed with the Ethics Committee.

The report said “evidence suggests” that all lawmakers received at least one rug and some got two, one prayer-sized and one area rug. Many staff members also received rugs.

Only one lawmaker, [Rep. Jim Bridenstine (R-OK)], disclosed the rugs on his financial forms. He had them appraised: the smaller rug at $2,500 and the larger at $3,500. In a July 2013 letter to the Ethics Committee, he said he wanted to donate the larger rug to the House Clerk’s Office.

The OCE, however, wasn’t buying it, pointing out that SOCAR logos were plastered everywhere in the conference and reminding the members that they should look into these things before attending conferences. “A person’s ignorance of the true source of travel expenses is not an absolute shield from liability for receipt of travel expenses from an improper source,” they wrote.