20% Of Americans Are “Birthers”; 31% Of “Birthers” Approve Of Obama; America Is Weird
polls

20% Of Americans Are “Birthers”; 31% Of “Birthers” Approve Of Obama; America Is Weird 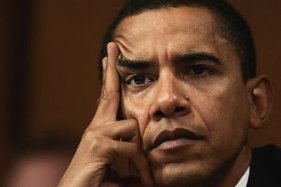 ABC News/Washington Post have released a poll today showing the various demographics that remain steadfast in their belief Pres. Barack Obama was not born in the United States.

The biggest surprise? A third of these “birthers” seem totally fine with the idea that the President wasn’t born in America.

First, let’s figure out how many of these birthers there are. According to the poll, 20% of Americans believe Obama was born abroad (check out the results in chart form). Of those 20%, 10% say it’s just a “suspicion only.” Phrased another way (“Where was Barack Obama born, as far as you know?”), 68% said the U.S., while 14% said another country and 19% said they didn’t know.

Ok, that’s a lot of birthers. But guess what – some of the birthers really like Obama, despite him being from another country! Washington Post‘s Dave Weigel highlights the birthers-favor-Obama stat:

The more interesting part of the poll is that 31 percent of people who think Obama was born in another country approve of his job performance, and 34 percent give him a favorable rating. That validates a theory of mine — that many so-called birthers don’t actually hold Obama’s (to them) foreign-ness against him, or think it’s a way to oust him from the presidency. They have little information, they know he’s half African, and they jump to conclusions.

This sort of birther non-nonchalance is echoes by another stat from the poll – 15% are Democrats, 12% call themselves “liberal” and 11% identified themselves as Obama VOTERS IN 2008. A non-U.S. citizen in the White House? That’s change some Americans can believe in.