Adam Carolla: Liberals Have Turned Conservatism into a Pejorative
audio

Adam Carolla: Liberals Have Turned Conservatism into a Pejorative 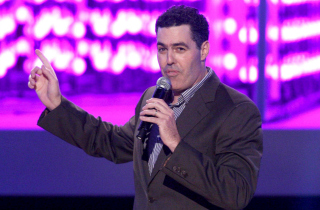 Liberals have taken over the word “conservative” and turned it into a pejorative, says comedian and radio host Adam Carolla.

In the latest episode of The Adam & Dr. Drew Show, Carolla fielded a caller’s question about how, in the past year, it seems as though the actor has had much more to say about politics than in years past.

“It’s not a political stance; it’s a life stance,” Carolla said. “I understand how life works. You know why? I’ve done it.” He added: “I know that the path to success is a bunch of hard work and that is about it. And we can all get to that or we can call me whatever you want to call me.”

However, the comedian claimed that such views have now been branded a certain way (Transcript via RCP):

The left has taken over the word conservative and turned it into a pejorative. So it’s like, “Oh, you’re a conservative?” They’ve done a wonderful smear campaign.

Now, it’s weird that I can be conservative and never talk about religion. Because conservatives are a bunch of Bible-thumping, you know, brainwashed, you know, they believe the earth is 1,000 years old. How come I’m not religious? I’m an atheist. See, they just pick and choose whatever they want.