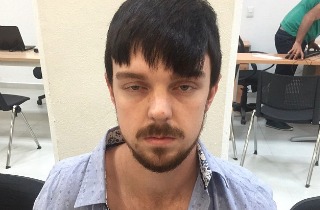 Ever since he and his mother were detained in Mexico in December, putting a halt to their flight from justice, infamous “affluenza” teen Ethan Couch has worked to resist his extradition back to America to stand trial. New information, however, suggests that’s all about to change.

Associated Press reported that Fernando Benitez, Couch’s Mexican attorney, announced Tuesday that Couch has formally ratified his decision to stop appealing his extradition, and that he will soon return to Texas. Couch’s attempted appeal led to a court injunction against the Mexican government’s decision to send him home, but according to Benitez, his legal team now expects that a judge will close the day and clear the path for Couch’s removal from his detention center.

“I have people at the courthouse, waiting for notification that the appeal has formally been dropped,” Benitez said. “Once the injunction is removed, they will deport Ethan in 24 or 48 hours.”

Couch has been a subject of notoriety ever since 2013, when he killed four people in a drunk driving accident, only to get off with a light sentence because he was too rich and spoiled to understand what he had done. When video surfaced of him violating his probation, he and his mother fled their home and led investigators on a manhunt, which concluded with his arrest in a town south of the border.

While the 18-year-old Couch has remained in Mexico and fought extradition proceedings, his mother, Tonya Couch, has been back in America for several weeks, and is facing her own charges for aiding her son.