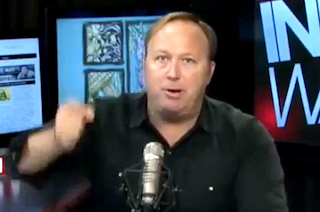 Alex Jones claimed on his radio show that he has been racially attacked dozens of times, but was “smart enough not to become a racist over it,” unlike many who used racial violence as excuse for the further “balkanization” of society.