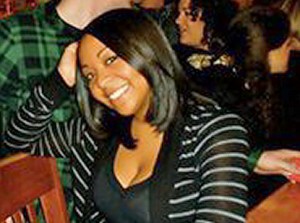 As details slowly unfold in the Memorial Day saga of Rep. Anthony Weiner‘s (D-NY) social media accounts, which he says were hacked to allow the distribution of a lewd photo via Twitter, the surplus of speculation has been exceeded only by a shortage of firsthand information. Rep. Weiner’s office has trickled out some information, but now, for the first time, the alleged intended recipient of the picture, Gennette Nicole Cordova, is speaking out exclusively, in a lengthy statement to The NY Daily News.

Since the story broke, a pile of circumstantial evidence and rampant speculation,throughout the blogosphere, have all but decimated the presumption of innocence due the Congressman, while details that could be exculpatory have been largely ignored or dismissed.

Some conservative blogs, which I will not link to, have taken to dissecting the tweets of underage girls who followed Rep. Weiner, without redacting their user information (as we did), and without mentioning that these girls were being harassed by the Twitter user who first, and last, noticed Weiner’s tweet in real time. These girls deserve to be left alone, not drawn into a controversy in which they are not even direct parties.

As yet, the only firsthand responses have been a few tweets and statements from Weiner and his office, and Gennette Nicole’s two tweets in the immediate aftermath of the alleged hack. Now, she is breaking her silence. Like her underage friends who were targeted, she was harassed by the same group for the crime of admiring a public figure, and now refuses to be bullied into hiding. Here is Gennette Nicole Cordova’s statement, in full:

Friday evening I logged onto Twitter to find that I had about a dozen new mentions in less than an hour, which is a rare occurrence. When I checked one of the posts that I had been tagged in I saw that it was a picture that had supposedly been tweeted to me by Congressman Anthony Weiner.

The account that these tweets were sent from was familiar to me; this person had harassed me many times after the Congressman followed me on Twitter a month or so ago. Since I had dealt with this person and his cohorts before I assumed that the tweet and the picture were their latest attempts at defaming the Congressman and harassing his supporters.

Annoyed, I responded with something along the lines of “are you f***ing kidding me?” and “I’ve never seen this. You people are sick.” I blocked their accounts, made my page private, and let the matter drop, expecting them to eventually do the same.

Within about an hour, however, I realized that I had grossly underestimated the severity of the situation that I had somehow become a part of.

The last 36 hours have been the most confusing, anxiety-ridden hours of my life. I’ve watched in sheer disbelief as my name, age, location, links to any social networking site I’ve ever used, my old phone numbers and pictures have been passed along from stranger to stranger.

My friends have received phone calls from people claiming to be old friends of mine, attempting to obtain my contact information. My siblings have received tweets that are similar in nature. I began taking steps, though not quickly enough, to remove as much personal information from the Internet as possible.

Not because I “was exposed as Weiner’s mistress” or because I “was responsible for the hack,” as Gawker has suggested. I removed my information because I, believe it or not, do not enjoy being harassed or being the reason that my loved ones are targets of harassment.

I have seen myself labeled as the “Femme Fatale of Weinergate,” “Anthony Weiner’s 21-year-old coed mistress” and “the self-proclaimed girlfriend of Anthony Weiner.”

All of this is so outlandish that I don’t know whether to be pissed off or amused, quite frankly. This is the reality of sharing information online in the 21st century. Things that I never imagined people would care about are now being plastered all over blog sites, including pictures of me from when I was 17 and tweets that have been taken completely out of context. I tweeted once (it was reported that I said it twice) that “I wonder what my boyfriend @RepWeiner is up to.”

I am a 21-year-old college student from Seattle. I have never met Congressman Weiner, though I am a fan. I go to school in Bellingham where I spend all of my time; I’ve never been to New York or to DC. The point I am trying to make is that, contrary to the impression that I apparently gave from my tweet, I am not his girlfriend. Nor am I the wife, girlfriend or mistress of Barack Obama, Ray Allen or Cristiano Ronaldo, despite the fact that I have made similar assertions about them via Twitter.

There have never been any inappropriate exchanges between Anthony Weiner and myself, including the tweet/picture in question, which had apparently been deleted before it reached me. I cannot answer the questions that I do not have the answers to. I am not sure whether or not this letter will alleviate any future harassment. I also do not have a clear understanding as to how or why exactly I am involved in this fiasco. I do know that my life has been seriously impacted by speculation and faulty allegations. My reputation has been called into question by those who lack the character to report the facts.

Rep. Anthony Weiner has also made another public statement on the matter through a spokesman, this time to The Associated Press:

Weiner spokesman Dave Arnold told The Associated Press in an email Sunday the Twitter episode was “a distraction” from the congressman’s “important work representing his constituents.”