Allen West’s One-Word Letter To American-Islamic Advocacy Group Being Auctioned Off On Ebay For $1,000

Allen West’s One-Word Letter To American-Islamic Advocacy Group Being Auctioned Off On Ebay For $1,000 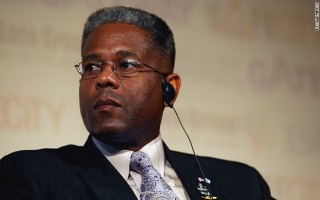 Former House Representative Allen West (R-FL) hasn’t always had the easiest relationship with the Council on American-Islamic Relations (CAIR), but now, things seem to be heating up even more. Last year, CAIR sent West a letter requesting that he cut ties with anti-Islamic extremists and the congressman graced them with this one word response: “NUTS!” The Florida chapter of the advocacy group is now auctioning the letter off on eBay, hoping to make some money from West’s terse communication.

CAIR-FL describes the piece as “possibly [the] shortest letter from Congress in US History,” and the starting bid is $1,000. The group says the proceeds will be used to “defend the civil rights of all Floridians.”

In 2011, when West first sent the note to the civil rights group, the Miami New Timescalled it “the dumbest thing ever written on congressional stationery.”

“The one-word response was either a reflection of Representative West’s state of mind or an allusion to the reply a World War II American general gave to a surrender demand during the siege of Bastogne in the Battle of the Bulge. In either case, it was an inappropriate response from a member of Congress to his constituents’ concerns about his associations with anti-Muslim extremists.”