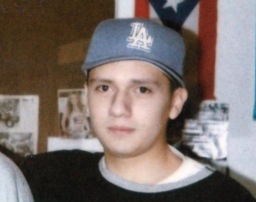 Last week, news broke that an American al Qaeda operative, Bryant Neal Vinas had been captured and extradited back to the United States.  That an American citizen should reach the inner circles of al Qaeda is remarkable enough, but sources say that intelligence from a cooperative Vinas has led to what has been described as “by far the most effective” counterterrorism push since 9/11. His story has received surprisingly little media attention.

So why isn’t this a bigger story? Have Americans — or American newspapers — stopped caring about al Qaeda? Has the Obama administration’s media strategy played a role in this shift of focus? A senior official with the Department of Justice shares an insider’s perspective with Mediaite, confirming past reports and revealing unreported information about the Vinas case.

In an age where opinion journalism reigns supreme, there are a number of reasons why this story has been largely ignored thus far. News outlets that appeal to a left-of-center audience appear to be suffering from ‘war on terror’ fatigue. Those appealing to a more conservative audience don’t want to concede that Obama has been successful, nor do they want to admit that a criminal approach to terrorism cases can be effective.

But regardless of any political agenda, this story should be huge by any measure.

According to a story from the AP which has received little pick up, “Vinas provided ‘an intelligence gold mine’ to U.S. officials” in exchange for trial as a criminal rather than a combatant and the possibility of a reduced sentence. The DOJ official, who spoke to Mediaite on the condition of anonymity, confirmed this, adding that Vinas’ information helped guide the airstrikes in Afghanistan ordered by Obama in February, shortly after he took office. The official said that these strikes, which hit a number of high-value al Qaeda targets as a direct result of Vinas’ intel, were “by far the single most effective attack on senior al Qaeda leadership since the events of September 11th.”

According to the official, in late February, after the successful strikes, there was a major debate inside the DOJ over whether or not to make Vinas’s key role in the targeting of these strikes public. The faction in favor of publicizing believed that it would be good PR for the U.S. intelligence community; the faction against believed that Vinas could still be useful if he was kept in the shadows. Of course, the faction against publicizing won.

Then, last Wednesday, New York federal courts unsealed Vinas’ charges of “receiving training from al-Qaida and providing the terrorist organization with information about the New York City transit system.”  Last Thursday, documents pertaining to his trial in Belgium that summarized Vinas’s interrogation by the F.B.I. were released. According to the DOJ official, the feds would have held off on unsealing Vinas’ charges to keep him off the radar, but when the release of the Belgian records became inevitable, they preempted with a release of their own.

The White House declined to comment, referring Mediaite to the Department of Justice. Dean Boyd, a spokesman for the Department of Justice, said, “No announcement was made because the individual plead guilty, and by law [the DoJ] was prohibited to make any announcements because the court documents were under seal. As for a different approach, this has nothing to do with political administration.  It was a law enforcement matter.”

So far, the Vinas story has gotten shockingly little attention. It’s been the subject of roughly a dozen published articles: the LA Times did a fairly comprehensive feature, two New York Times pieces, a Newsday writeup (hed: “Terror suspect ‘private and stubborn’ at home), a New York Post cover story, and a handful of angels-dancing-on-the-heads-of-pins political blog posts like Mother Jones‘s “Why Didn’t We Torture Bryant Neal Vinas?” A mere media pittance compared to the coverage given the last “American al Qaeda” to be captured John Walker Lindh.

To the extent the New York media has picked it up, it’s been treated largely as a local interest story. When the New York Times ran their followup piece to their initial Vinas story, they put it on page A19, in the New York Regional section of the paper, though Diane McNulty, the Executive Director of Community Affairs and Media Relations for the Times, said that the paper “plan[s] to keep pursuing this matter vigorously.” Even without the information about Vinas’s role in the Afghanistan strikes, an American citizen ascending to al Qaeda senior leadership is major news — but somehow, most of the outlets that would usually be covering this have dropped the ball. A search of “Bryant Neal Vinas” on The Washington Post‘s website reveals 3 results, all brief AP wire stories.

The lack of interest in Vinas says as much about the Obama administration as it does about the media. According to our source, the Obama administration kept things quiet because Vinas was “fully on board” in terms of divulging extremely valuable information, but the moment his cooperation was leaked to the press his effectiveness as a source of intelligence would disappear.

It’s not difficult to imagine how this scenario would play out under Bush: a spokesman for the administration would have announced the news in a widely covered press conference, various senior members of the administration would make the rounds among the big news programs discussing how we are now winning the war on terror, and a compliant media would blare headlines touting their successes of getting another bad guy.

For Obama, however, understatement trumps short-term PR pushes — and when the media isn’t spoon-fed the story, they rest on a few wire stories and move on.