As Trump Releases the JFK Assassination Files, Here’s Why There Was No Big Conspiracy 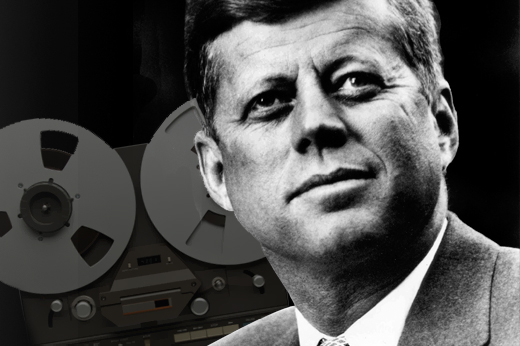 Even in this bizarre era, where contradictions and irony are seemingly inherent in nearly everything which happens, today is scheduled to be a doozy. President Trump, a conspiracy theorist of the highest/lowest order, is set to finally release the remaining government files related to the assignation of President John F. Kennedy.

It is hilarious to me that Trump, a guy who won the GOP presidential nomination largely because he lied about an alleged conspiracy regarding President Barack Obama’s birth, may finally be killing the biggest false conspiracy theory in American history, Specifically that Kennedy was shot by anyone other than Lee Harvey Oswald, or that the Unites States government engaged in a large cover-up of this tragic event.

Amazingly, over half a century after Kennedy was killed in Dallas, a new poll indicates that only 1/3 of the American people accept the basics of the conclusion of the Warren Commission that Oswald acted alone, with a staggering 61% believing in a conspiracy. Interestingly, this belief is rather consistent among many demographic designations, though the biggest reasons that conspiracy-loving Trump voters were not much more inclined than Hillary voters to buy this one is that blacks, who almost all voted for her, are the group least likely to think Oswald was a lone shooter.

I have long believed that only about 1/3 of the American people have a firm grasp on reality and this poll further substantiates that conclusion. That’s because the evidence is overwhelming that there was only one shooter that day and that his name was Lee Harvey Oswald.

Ironically, part of how I know this is because, when I was much younger and dumber than I am now, I too was a JFK conspiracy theorist. However, as I researched the case thoroughly, and learned how the REAL world works, I completely changed my mind (though I still believe the Warren Commission got HOW it happened very wrong).

Here are the most important indisputable facts which point to Oswald being the lone assassin:

Now none of this proves beyond a shadow of a doubt that Oswald was the lone shooter (especially not to conspiracy nuts emotionally invested in a fairytale), but it does at least prove that if Oswald wasn’t A shooter, that there needs to be strong evidence of a wacky and extensive scheme which would be impossible to bottle up for fifty-four years. However, there is absolutely none of that.

In a case as infamous as this one, the absence of evidence is the equivalent of evidence of absence, In other words, in order for Occam’s Razor to not be in effect here, there would have be massive amounts of evidence to contradict the logical conclusion to which these facts point, but there is little, if any. Much like with the O.J. Simpson Deniers, and the 9/11 Truthers, no one has ever even provided a remotely plausible alternative scenario which is consistent with all of the known evidence.

As for there not being a second shooter, this is more difficult to “prove,” especially since I am convinced that the Warren Commission, in their zeal to make sure Oswald was seen as the lone assassin, screwed up in a way which birthed most of the conspiracy theories.

The much maligned “Magic Bullet” theory, which states that all but Kennedy’s head wound were caused by just one bullet which was found in nearly pristine condition is, in my view, not valid. But neither is it remotely necessary for Oswald to have acted alone.

I have written extensively about what I think really happened here, but the key to this mistake is actually a “comedy” of misinterpretations and coincidences. The largest of these “Perfect Storm” elements is that everyone thinks a bullet passed through Kennedy’s throat because the “Zapruder Film” seems to show him grabbing his neck, and the doctors at the hospital found a tiny hole near his Adam’s apple which they used to create a tracheotomy.

However, a close look at the film makes it obvious that Kennedy never comes close to grabbing his throat. In fact, his fists are clearly clinched. Meanwhile, the hole in his neck does not remotely line up with the hole in his back, is far too small to be the exit wound of a bullet, and the even smaller holes in his shirt and tie came up negative when tested for metal fragments.

In short, Oswald’s first shot “misfired” and hit Kennedy in the back, fell out at the hospital, and was later misidentified as the “Magic Bullet.” The second shot caused all of Governor John Connelly’s many wounds and was never fully recovered. The third shot hit Kennedy in the head and killed him, with fragments of that bullet then found all over the limousine.

While it is possible that Oswald may have thought he had “help,” in this attack, effectively he did not (I am resisting the easy “Father of Ted Cruz” joke here because that is NOT what Trump nor his friends at the National Enquirer ever claimed). His murder by Jack Ruby is far more consistent with the act of a want-to-be hero, than with some massive conspiracy for which there is no evidence.

I have no doubt that something interesting will be found in these files and be inevitably misinterpreted by the conspiracy nuts (remember what just happened with Amelia Earhart?). I am even hopeful that more might be learned about Oswald’s motivations, foreign connections, and whether, as I suspect, he should have been easily stopped.

But just like Trump’s “Birther Conspiracy,” the more we find out the real facts, the more we must conclude that the much simpler and less exciting version of the story is the one which is actually true.

Not that truth still matters.