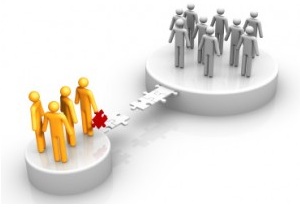 The controversy surrounding Morning Joe host Joe Scarborough‘s grossly irresponsible remarks linking mass murderers like Aurora mass shooter James Holmes to autism has been quite a learning experience. Unfortunately, thanks to Scarborough’s indifference to the harm he caused, and Autism Speaks‘ weak, days-late response, the audience that heard Scarborough’s remarks will have to go on believing the lie that autistic people are potential mass murderers.

On Monday’s Morning Joe, host Joe Scarborough incurred much-deserved outrage when he made the stunning declaration that people like Aurora mass shooter James Holmes are “somewhere, I believe, on the autism scale,” and that while he didn’t know if this was true of Holmes specifically, “it happens more often than not.”

Amid petitions and demands for a retraction from autism advocates and organizations, Scarborough released a statement on Tuesday, “clarifying” his comments, while pointedly not apologizing for them. In fact, he accused those who were rightly outraged by his remarks of missing the point.

While several autism advocacy organizations and individuals were quick to demand a retraction and a lengthy on-air correction, the most visible of these organizations, the ironically-named Autism Speaks, remained silent, even as Scarborough sought to shield himself from criticism by name-dropping them in his statement. Apparently, they’re pretty cozy.

That might explain why, despite repeated telephone and email contacts, the group declined to speak out on the issue, until today. Here’s their statement:

We called Joe Monday to express our concerns about his comments on Monday’s “Morning Joe” program, and the offense taken by the autism community. He invited us on his show any time to discuss the issues facing the autism community, an opportunity we will take as soon as we can arrange it. Many were outraged and concerned by the comments; Joe Scarborough issued a clarification of his remarks in a public statement Tuesday.

We all have a responsibility to advocate for sensitivity and understanding for those who struggle with autism. Moving forward, we will continue to hold ourselves and others accountable for ensuring there is no discrimination against those who live every day with the challenges associated with autism.

As we’ve extensively documented here, Scarborough’s crime was not “insensitivity” or a lack of empathy “for those who struggle with autism,” it was inventing a baseless, harmful slur against people with autism, harm that a written statement and a video segment to be determined later will not undo. Scarborough and Autism Speaks either have some sort of mutually beneficial relationship that supersedes concern for the actual harm done to autistic people by Scarborough’s remarks, or this group is wholly undeserving of their position of visibility.

On that count, one other thing that I’ve learned from this controversy is that there’s already a significant amount of resentment in the autism community toward Autism Speaks. Part of this is due to there lack of emphasis on actually helping people with autism (only 4% of their budget goes to services to help people with autism, and their families), and part of it is due to the fact that the organization doesn’t have a single board member with autism, and has even been sued for refusing to accommodate the needs of a prospective employee whose child has autism.

Ari Ne’eman, the first White House appointee with autism, described the Autism Speaks schism this way, in an interview with Wired.com:

The core of the dispute between autistic people and Autism Speaks is a problem that’s very common in the disability community: organizations that claim to speak for disabled people without including them in the conversation. Groups like Autism Speaks have taken tremendous amounts of money out of local communities, but haven’t included the people they claim to be serving in their decision-making structure. Promoting fear of autism and pity for autistic people may be good for their bottom line, but it actually hurts us in our efforts to have the kind of lives we deserve to have.

Autism Speaks raises lots of money through their walks for a cure, but only four cents on every dollar goes to services for autistic individuals and families. That’s surprising and concerning, given the kinds of challenges that people are facing in today’s fiscal climate with state budget cuts leading to the gutting of services. Instead, the money goes to advance Autism Speaks’ research and advertising agendas.

Obviously, funding autism research is very important. There’s a lot that could be done to significantly improve autistic people’s quality of life. But instead, groups like Autism Speaks have been prioritizing things like developing prenatal tests to detect autism in the womb. That doesn’t help the millions of autistic people who have already been born. Very few of us wake up in the morning and think, “Have they developed a proper mouse model for autism yet?” Instead, autistic people and their parents worry about finding the educational and support services that they need.

Apparently, selling the most puzzle-piece ribbons doesn’t automatically make you a good advocacy organization. If their mission is to speak out for people with autism, they have failed spectacularly today, and it seems doubtful that some future gabfest with Scarborough (when they get around to it) will do any better.

What’s sad is that this has, so far, largely remained an issue of outrage among those in the autism community. What Joe Scarborough said, however well-intentioned (or at least, absent of malice), was journalistic malpractice, and it is journalists who should be up in arms over this, as quickly and fervently as they were over Brian Ross‘ Tea Party debacle. This needs to be corrected as loudly as it was bungled. Shame on Autism Speaks for accepting anything less, and shame on the rest of the media for ignoring it.

In case you missed it, here’s what Scarborough said Monday morning: