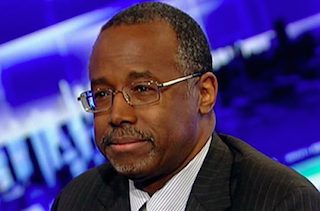 While Rick Santorum declared the mass shooting at a black church in Charleston, South Carolina an “assault on our religious liberty,” fellow 2016 Republican presidential candidate Ben Carson took a slightly different approach in his Facebook post on the tragic events.

“Last night evil walked the streets of Charleston. My heart aches for the families of the victims. I pray for the families left behind. I pray for the community scared and hurting. I also pray you and I can conquer hatred,” he wrote Thursday morning. “In my lifetime I have seen such great progress. Though racial based hate is still very much alive as last night so violently reminded us.”

Later, he added, “As a brain surgeon I can assure you that all of our brains look the same, no matter what our skin color or party affiliation.”

But while Carson acknowledged the apparent racial motives behind the attack, he proceeded to shift the focus away from race specifically and more towards a general hatred of difference he sees “growing in our great nation.”

“I fear our intolerance of one another is the new battle ground of evil. Today many feel it is ok to hate someone who thinks differently than you do,” he continued. “The left hates the right. The right hates the left. This attitude is poison. Poison that will sicken all of us.”

As an example, Carson said, “Just because someone is for Obamacare and another is against doesn’t change the fact we are all brothers and sisters.” Yet it is important to remember that this is from a man who once called Obamacare “the worst thing that has happened in this nation since slavery.”