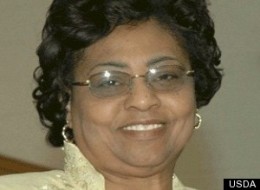 I just read a stirring article on BigGovernment about poor Shirley Sherrod, the victim of a wrongful termination by the USDA. The article, by conservative blogger Jeff Dunetz, tells the infuriating story of how the White House and the NAACP instantly “condemned” Sherrod after video of a speech Sherrod had given seemed to show that she was racist against whites. It’s a great article. It’s just a little strange though that it’s published on the very site that was condemning Sherrod mere hours ago and, y’know, were the very ones to release the edited video that got the woman fired in the first place.

Let’s go backwards on this, shall we? Here’s the current BigGovernment moral of the story as depicted in Dunetz’s piece:

“If this story is true, and there is no reason to doubt her, it shows the extent that Breitbart, Fox,and the Tea Party have gotten under the skin of the White House. Rather then to think it through they overreacted and forced Sherrod to pull over on the side of the road and resign without telling her side of the story.
It is also hard to understand why the NAACP would instantly condemn Ms Sherrod, if the speech was indeed as she said, why wouldn’t they respond by releasing the entire speech? One explanation may be that she is lying, but if you listen closely to the end of the clip she does seem to be pivoting toward saying it was about income not race (and then seems to change her mind again).

Another explanation for the White House and the NAACP not releasing the entire tape is the possibility that Shirley Sherrod is their sacrificial lamb. Possibly they do not care about the truth. Perhaps they realized their resolution attacking the Tea Party as racist was such a political loser, especially coming right after disclosure of DOJ Black Panther scandal, they see the condemnation of Sherrod as a way out of theses crises and seem racially balanced.”

Clearly Sherrod is a hero! A champion of the cause! A martyr brought down by racist liberals and accused of the very sins they commit!

But, wait, just 21 hours ago, Sherrod wasn’t so well appreciated over at the house that Breitbart built. In an article entitled “Racist Govt Official/NAACP Award Recipient Resigns after Big Government Exposé,” the site seems to take a slightly different opinion of the case. Here’s what the writer Publius had to say after the USDA fired Sherrod and issued a statement that there was zero tolerance for discrimination amongst their ranks:

“So, the USDA has issued a statement. We’re still waiting to hear from the NAACP.
Presumably, they will denounce the racism in the video as strongly as the Obama Administration has.”

So…they…wanted the NAACP to condemn Sherrod? At which point did they change their mind? Was it maybe around the point that their sworn enemies, the NAACP and Obama Administration that have basically been depicted as being one and the same, did what they asked them to do? Or was it around the time that it became clear that the villain they had created just wasn’t so evil after all? It’s hard to say, but it’s clear that the moral of the story that BigGovernment readers were supposed to take away has completely changed in the past day.

Ironically, a few days ago, the liberal website ThinkProgress was alleged to have edited together a video of apparent racism at Tea Party events. The website Pajamas Media noticed that, amongst the clips in the video, were images of signs that were proven to have been made by anti-Tea Party protesters infiltrating the group. ThinkProgress rigorously defended this claim, going so far as to post source material of a racist protester that the right alleged to have been a left-wing plant.

So, are the liberals at Think Progress are just as guilty of misrepresenting their enemies as that original Andrew Breitbart-written article was of misrepresenting Sherrod? Apples to oranges, and no, editing together disparate and unsourced images to score political points is a far cry from recontextualizing a speech that leads to one’s firing. But the bottom line and common theme in both stories is this: finding the truth in a hyper-partisan and digital age is becoming a nearly impossible thing to do.

So here’s the moral of the story you’re reading right now (and, no, I’m not planning on completely changing it in a day); when you’re reading a partisan website or watching a ideological news network, whether conservative or liberal, you should always take their “investigative reporting” with a grain of salt because, many times, the truth becomes irrelevant next to the agenda. And that’s a lesson that, perhaps, even the White House needs to learn as well.