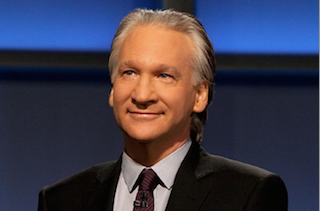 If Rupert Murdoch succeeds in acquiring Time Warner, he will almost definitely need to divest CNN. But the deal would make the 21st Century Fox head the proud owner of HBO, home to frequent Fox adversary Bill Maher.

On Wednesday, Maher published a guest column in The Hollywood Reporter, imagining what would happen to his long-running HBO show if Murdoch takes over the network.

Maher begins by saying he’s “against” the merger but never saw it coming. “So many ways for a guy like me to lose his job, but I never dreamed these two would marry,” he writes. “I thought they were both too big. I should know by now, in American business, nothing is ever too big.”

He goes on to use the potential deal as a platform to criticize the increasing consolidation of America’s media companies: “There’s a terrible price to pay for this. (I mean besides the terrible price I personally will pay when Rupert takes over HBO and my show becomes Paste-Eating Time With Steve Doocy.)” Maher ties the recent viral Comcast customer service call to a culture that makes it nearly impossible to switch cable companies, credit cards or insurance because the near-monopolies that exist in those areas.

As much as he fears his own termination, the reality is that Maher’s job would probably be safe even if Murdoch does buy Time Warner. The last thing the Fox chief needs is to make Maher a martyr and have some opposing media conglomerate swoop in an snatch him up.

Watch that video below, via HBO:

Read the full column at hollywoodreporter.com.