BitTorrent Reaches Out to Sony, Offers to Distribute The Interview

BitTorrent Reaches Out to Sony, Offers to Distribute The Interview 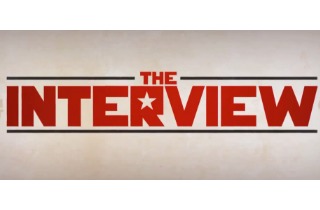 Sony CEO Michael Lynton said yesterday they would love to be able to distribute The Interview, but they haven’t found a partner yet. Well, BitTorrent has now made an official offer for Sony to release it on their site.

Now, it’s unlikely a major movie studio would ever do a deal with BitTorrent, seeing as how movie studios don’t particularly like it when their finished products end up on file-sharing sites illegally. But BitTorrent Chief Content Officer Matt Mason explained, in a statement to Deadline, there is a way Sony can distribute the movie through them and make a profit.

The service is called BitTorrent Bundles, where you pay to obtain the torrent file, then use an application to open the file and watch or listen to the content you just purchased. Two major releases on BitTorrent Bundles have been documentary film The Art of Killing and Thom Yorke‘s newest album.

Mason made this public offer to Sony:

BitTorrent Bundle is in fact the very best way for Sony to take back control of their film, to not acquiesce to terrorists threats, and to ensure a wide audience can view the film safely. It would also strike a strong note for free speech.

Bundle has a self-publishing platform that anyone from Sony can use. Using the paygate option, Sony are able to set the price for the film and release it widely without implicating anyone or exposing any third party to a terrorist threat.