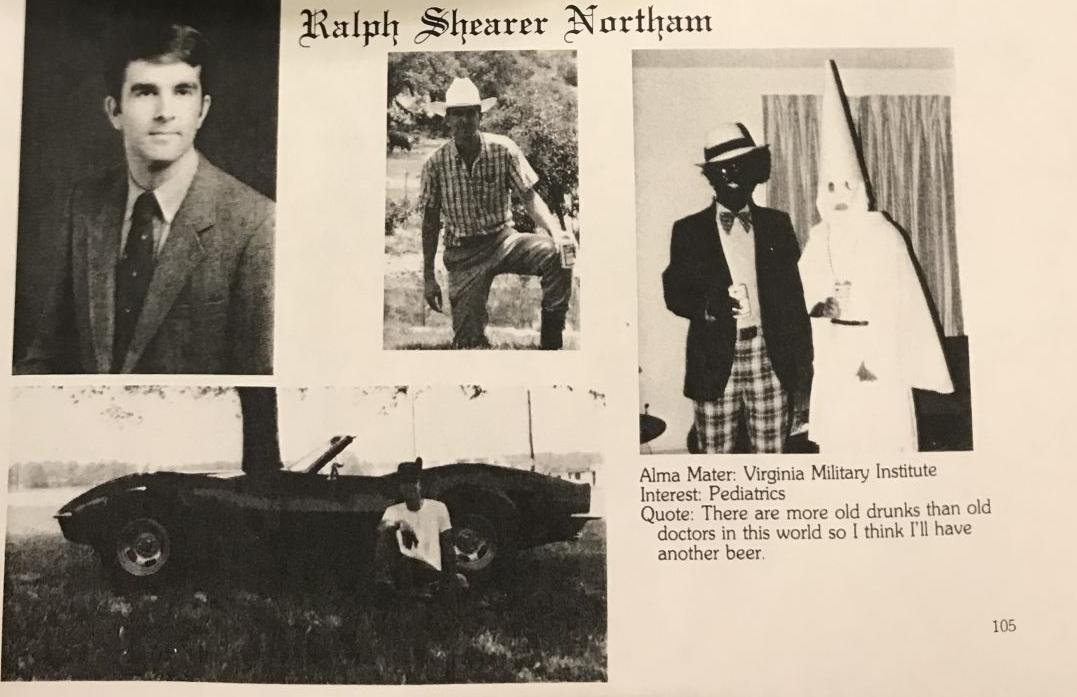 Remember when Republicans pounced over Virginia Governor Ralph Northam defending a bill that would make abortions up until birth legal? Feels like just yesterday. (It was.)

Well suddenly, the entire internet is pouncing, having learned that Northam’s personal yearbook page features a photo of men in blackface and KKK garb. Voices from all sides of the political aisle joined together on Twitter on Friday afternoon to collectively pounce on the Virginia governor. Take a look:

The Northam thing is what happens when you don't do oppo on yourself and get it out things like this before existential disaster hits.

And NO GOP oppo house had this before? Malpractice.

Northam knows whether he is one of the people in that photo and should immediately say so publicly.

This should be easier work than parsing every word and semicolon in the Kavanaugh yearbook. https://t.co/3VA6Ct1NIn

A few hours ago, a picture of @RalphNortham surfaced donning black face next to his friend in a KKK robe in his school yearbook.

This is no surprise to me.

Democrats have always been racists. They quite literally founded the KKK. pic.twitter.com/44w9Gtqs7d

Not that high school would have made it better but being this overtly racist in *medical school* is really something. https://t.co/zpPVJBMV0Z

Northam Governorship to be Aborted in Fifth Trimester

In fairness to Northam, a lot of dumb kids did offensive things back when they were [checks notes] 25, in medical school

It's worse if Ralph Northam turns out to be…

NORTHAM: I am proud of including in my yearbook a picture of the two racists I killed with my bare hands.

The cherry on top of the Northam yearbook is the caption below the outrageously racist photo that says "Interest: Pediatrics"

Alright it looks like someone finally confirmed that Ralph Northam blackface photo, so now I can safely say

It is worth noting that being pro-infanticide did not kill Ralph Northam's career, a decades-old racist photo from his medical school yearbook did.

Ralph Northam starring in "After-birth of A Nation" https://t.co/hXQuOGeZVd

One Twitter user even pointed out the unanimous call on the Governor to resign because of his blackface photo across the political aisle, calling it a “universal standard.”

Conservatives, I want you to look across your timeline at folks on the left calling on Ralph Northam to step down over that yearbook photo. It's not dying on the sword when its a universal standard.

Virtually every pundit is talking about Northam’s yearbook photo right now, and his name began trending within an hour after the Virginian-Pilot confirmed the photo is real. Holy moly.