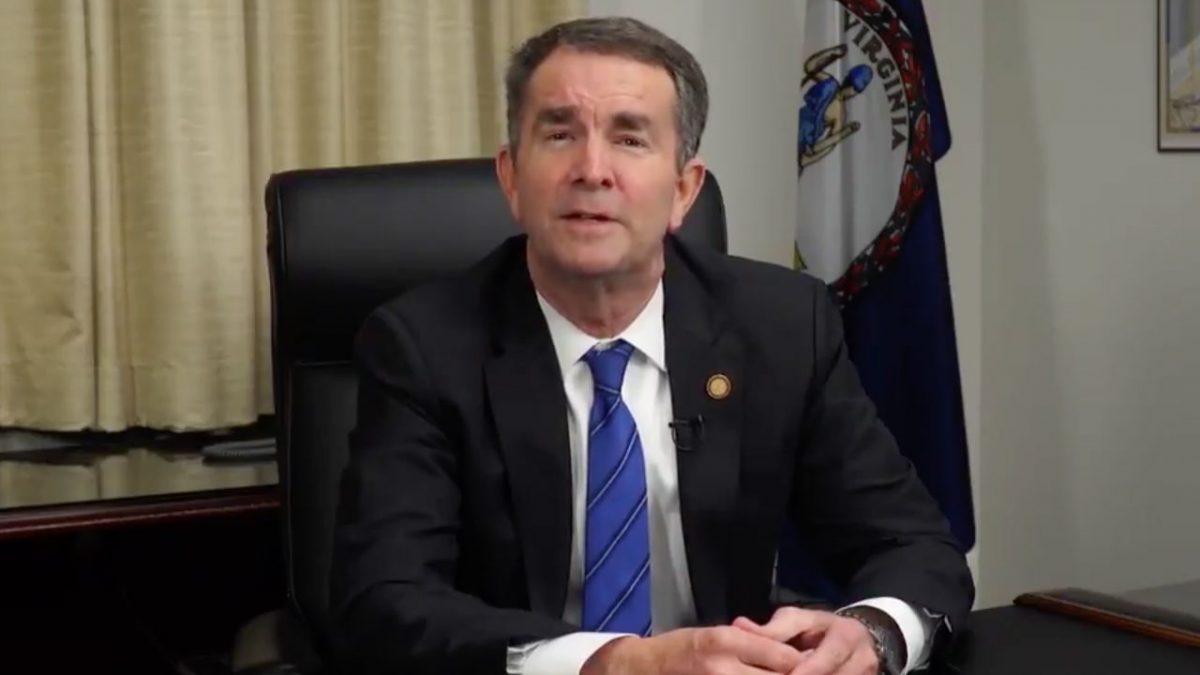 Virginia Governor Ralph Northam is speaking out in his first interview since the racist photo on his yearbook page surfaced, indicating he will not resign and plans to serve out the rest of his term addressing issues like racial equity.

In the interview with the Washington Post, Northam says, “It’s been a horrific week for Virginia. A lot of individuals across Virginia have been hurt.”

His explanation to the Post about that is that he “overreacted” and if he did it all over, he “would step back and take a deep breath.”

Northam, of course, did admit to darkening his face for a Michael Jackson costume.

He talked about his conversations with black lawmakers, and the Post confirms earlier reporting from BuzzFeed that he’s been reading Roots and “The Case for Reparations” by Ta-Nehisi Coates.

But Northam is making it clear he does not plan to resign and wants to refocus his agenda for the rest of his term:

Asked why it’s in the best interest of the state for him to work through these issues while in office, instead of heeding the calls to resign, Northam responded that he has a responsibility to the people who elected him.

“I have a lot more to learn…The more I know, the more I can do,” Northam said. Speaking as a pediatric neurologist, he said he could feel the anguish of Virginians. “I want to heal that pain, and I want to make sure that all Virginians have equal opportunity…and I think I’m the person that can do that for Virginia.”

He says he’s planning to set up a “reconciliation tour” that, as the Post explains, “would take him around the state to engage in conversations about race and healing.”