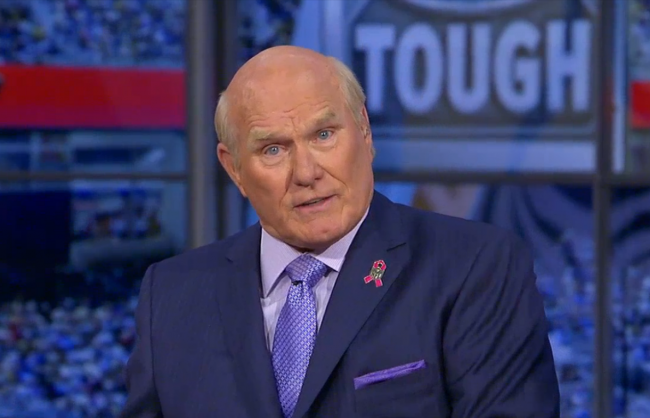 Pittsburgh Steelers Hall of Fame quarterback Terry Bradshaw has been a mainstay on Fox NFL Sunday for many years, delivering an insiders take into life in the NFL. Although the veteran TV personality has announced that this year would be his last, he used some airtime Sunday to deliver a striking blow to Cowboys owner Jerry Jones and defensive lineman Greg Hardy. Hardy was reinstated after a four game suspension for a domestic violence incident involving an ex-girlfriend.

An impassioned Bradshaw criticized the actions of Hardy, saying “Anybody, in my opinion, that lays a hand on a woman, I don’t care who you are my friend, you never come back in this league”. The Dallas Morning News noted in March that Hardy’s “conviction for assaulting and threatening to kill his ex-girlfriend was recently overturned when the accuser failed to appear for trial”.

Bradshaw continued “This is wrong. We have no place for this, and I’m actually tired of talking about the Hardys of the world, and I really, really, seriously hope that eventually we never have a place in the NFL for people that touch a woman, strike a woman.” He turned his attention to Jones, noting Jones’ willingness to overlook Hardy’s violent past in favor of adding a good football player to the Dallas roster. He said, “But Dallas Cowboys owner Jerry Jones, in his desperation to get a pass rusher, said, ‘Well, you know what America, Cowboy fans, he’s alright, he’s a good boy'”.