Bill Simmons HBO show Any Given Wednesday to Cease Production

Bill Simmons HBO show Any Given Wednesday to Cease Production 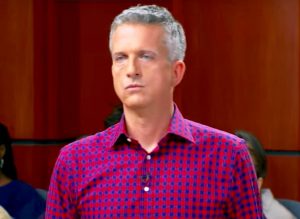 Any Given Wednesday, the half-hour HBO sports talk show hosted by Bill Simmons, will not return to the network in what HBO is describing as a “mutual decision.”

Simmons, who built a sports media empire during his time at ESPN, was a high-profile get for HBO, who paid a reported $7-9 million per year over three years to sign the Boston Sports Guy.

The centerpiece of his role with the network was Any Given Wednesday. But after scoring an initial viral hit with Ben Affleck going on a profane rant about the deflategate scandal, the show never really caught on with the public.

Below, via industry observer Sports TV Ratings, are the weekly first-run ratings for Any Given Wednesday

For the Any Given Wednesday tabulators. not good but game 7 did not drive stake through its heart: pic.twitter.com/wQ9yHByeAX

Those numbers are a fraction of the audiences garnered by HBO’s news comedy shows Real Time with Bill Maher and Last Week Tonight, with John Oliver. Both of those shows also consistently produce YouTube videos with millions of views, as opposed to Any Given Wednesday, whose videos seldom topped 100,000.

In a statement, Simmons expressed disappointment with Any Given Wednesday‘s failure to catch on. But unlike when he left ESPN, Simmons absolved HBO of blame.

One of the many reasons I joined HBO was to see if we could create a show built around smart conversations for sports fans and pop culture junkies. We loved making that show, but unfortunately it never resonated with audiences like we hoped. And that’s on me. But I love being a part of HBO’s family and look forward to innovating with them on other ambitious programming ideas over these next several years – both for the network and for digital. With that said, I want to thank the dedicated staff that worked so diligently with me behind the scenes to make this show every week – we hired so many great and talented people and I loved having them in my life. It’s difficult for me to imagine not working with them anymore.

Simmons will continue his relationship with HBO going forward. HBO Sports head Peter Nelson seemed to hint that his future lies in documentary production, as the network presumably hopes to capitalize on Simmons’s success as one of the creators of ESPN’s acclaimed 30 For 30 documentary series.

“HBO is committed to Bill Simmons, and we are excited to bring his unique vision to bear on an array of new programming initiatives under the HBO Sports banner in 2017,” Nelson said. “Bill is an award-winning executive producer in the documentary arena, and we will work closely with him in developing new and engaging content for our subscribers.”