Breitbart Somehow Obtained Emails From GQ to Don Jr. Asking If He Wanted to Bone His Mom

Breitbart Somehow Obtained Emails From GQ to Don Jr. Asking If He Wanted to Bone His Mom 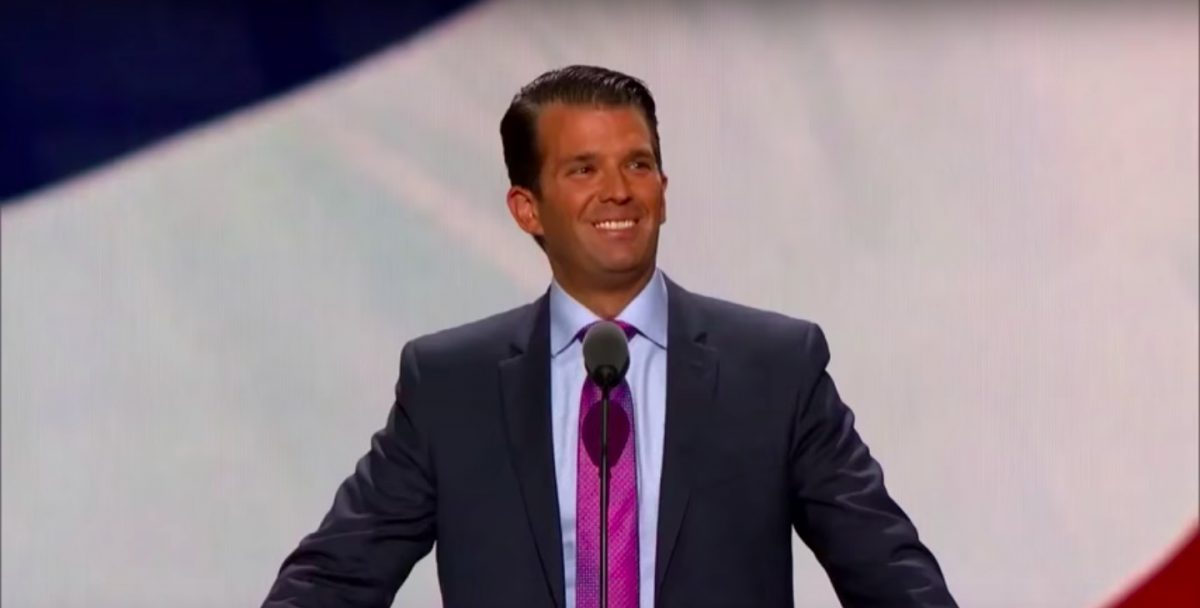 Now, where could Breitbart have possibly gotten these emails from?

Donald Trump Jr. was asked some pretty gross questions by GQ as part of a fact check for a big story, including whether he’d like to sleep with his mother, Ivana Trump, according to emails somehow obtained by Breitbart News.

The journalist posing these questions was Julia Ioffe, who wrote for The Atlantic and now serves as a correspondent for GQ. Ioffe was once fired from Politico for a brutal tweet about Ivanka Trump‘s position in the White House. She quipped: “Either Trump is fucking his daughter or he’s shirking nepotism laws. Which is worse?”

So Ioffe is no stranger to getting in the Trumps’ face. Her emails to the Trump Organization asking Junior to answer a series of questions for her profile on him for GQ about alcohol, being forced into the Trump campaign and his level of grief over the death of his grandfather are pretty much par for the course.

Breitbart honed in on the salacious nature of one of the questions — notably, one about whether he ever had “Oedipal impulses” — but the more interesting question is: How did they obtain Don Jr.’s emails in the first place? Who could have possibly wanted to give a group of questions that were overly personal in nature — in an effort to undermine an embarrassing profile — to the ultra-conservative bastion Breitbart News so they could bash the, ahem, “fake news media”?

Incidentally, former Trump aide Sebastian Gorka issued an essay-length statement for Breitbart about the emails (how did he know about them?), calling the questions were “demented”:

“GQ used to be a mildly entraining read about where to buy your next pair of brogues, or which style of aviators is cool this year. Now it just reads like a glossier and just as demented version of Mother Jones.

“The editors and the author owe Don Jr. and the entire Trump family an immediate apology for their despicable screed. Asking the son of the President of the United States about having an ‘Oedipus complex’ isn’t journalism, it’s the act of a political sociopath.

“GQ has succeeded in lowering their reputation to the point at which The National Enquirer is more reputable than they are. By succumbing to Hilary’s logic of seeing those they do not agree with as Deplorable, they have reinforced for most Americans just why Donald Trump became President.”

A source close to Junior added: ““Her and her team’s demented line of questioning to Don Jr. was classless, morally reprehensible, and does a disservice to real journalists everywhere.”

“This continuing line of questions is both disgusting and reprehensible,” Spicer told Breitbart.

Hmm… seems an awful lot like a group of public-facing Trump-aligned figures had eerily complementary statements, almost like they coordinated to defend a hapless Junior against a bad profile? Almost like someone within the Trump Organization had an inkling Breitbart’s Matt Boyle would obtain the emails? Makes ya think.