Breitbart’s Milo Yiannopoulos Raised $100K for Charity, Deposits it in His Bank Account

Breitbart’s Milo Yiannopoulos Raised $100K for Charity, Deposits it in His Bank Account 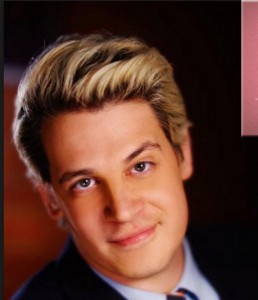 After raising over $100,000 from his fans for a charitable purpose, Breitbart’s Milo Yiannopoulos deposited the money in his own bank account and has made no moves towards distributing the cash to college students as promised, according to a Daily Beast Investigation

In January, Yiannopoulos engaged in a five-hour online streaming marathon to raise cash for “Yiannopoulos Privilege Grants,” $2,500 scholarships to be provided to poor white students, a parody of affirmative action and complaints that whites get a leg up because of their “white privilege.” The project was also heavily promoted by Breitbart, who promised that the first grants would be “issued in time for the start of the 2016-17 academic year.”

But a Daily Beast investigation found Yiannopoulos has taken no steps to distributing the cash or to set up a nonprofit as required by law, despite the fact that the 2016 academic year is days away. In fact, there’s no way for students to even apply for a scholarship.

Margaret MacLennan, a Canadian conservative tasked with running the grant, called out Yiannopoulos when she was criticized on Twitter about the lack of charitable giving. “We all know I clearly profited from donations made to the Grant,” she said sarcastically, while posting an image of instructions that were given out to donors… on how to wire money to Yiannopoulos’ bank account.

We all know I clearly profited from donations made to the Grant. @NormalBot pic.twitter.com/je8MHetIaf

At least one legal expert contacted by the Daily Beast indicated that Yiannopoulos’ conduct might violate federal law. “There’s state and federal laws against fraud and misrepresentation for declaring a scholarship fund prior to getting an exemption,” she said. “They need to be honest about their status if they’re not a 501(c)3.”