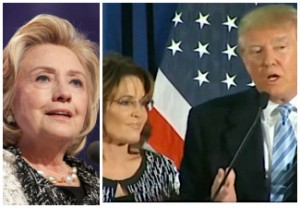 “C’mon, what are you? And are you a businessman? Or are you a newsman?!”

When referring to the greatest behind-the-scenes-account-of-broadcast-journalism movie ever made, Michael Mann’s The Insider is the undisputed champ. Basic premise: A whistle-blower (Russell Crowe as Jeffrey Wigand) working for Brown & Williamson as a chemist wants to expose big tobacco. Bergman/Pacino, a producer for 60 Minutes, promises him both protection and a national platform to get his story out. Wigand/Crowe proceeds to break his confidentiality agreement with B&W, spills the beans to Wallace, and the package is all ready to go to air.

But CBS Corporate — particularly its legal department — steps in and proceeds to convince CBS execs (along with Hewitt and Wallace) that said whistleblower’s interview be shelved to avoid a lawsuit from Brown & Williamson. It also turns out CBS is about to be purchased by Westinghouse, and a huge public lawsuit would put such a sale in jeopardy. The business decision initially wins out, leading Bergman to go ballistic when hearing the news and questioning Hewitt’s priorities in the businessman vs. newsman quote above.

Wonderfully acted. Tremendous script. As authentic as it gets. It was nominated for Best Picture in 2000 (correction).

So what the hell does this have to do with Sarah Palin and Hillary Clinton? Simple: If you watched any network newscast yesterday evening or read the New York Times, the same kind of tug-of-war between business decisions and news decisions was playing out. On one end was Palin’s expected endorsement of Donald Trump. On the other was the latest revelation via the Inspector General’s finding that Hillary’s server contained SAP (Special Access Programs) information, which is somehow deemed even more sensitive than top secret.

So which story — Palin/Trump or Hillary/IG got the huge bulk of coverage and which got zero? It’s practically a rhetorical question, but still nothing short of disturbing. Put the liberal/conservative pom-poms aside for a moment and consider another very real reason: Trump rates. He’s responsible for numbers like we’ve never seen before on the cable news side. Palin also rates — simply by being herself of either being infuriating or inspiring. Know this: Palin’s speech endorsing Trump was awkward and rambling (to be generous). Even he looked like he’d rather be anywhere else but there. But primary votes are primary votes and Palin is still popular with the evangelical base in the Hawkeye State. So… if you’re Trump running neck-and-neck with Ted Cruz, you obviously milk said endorsement for all it’s worth. And if you’re running a news division or network, you understand that Palin makes people stop and watch. Not because they all love her, of course, but because she’s magnetic to viewers for all the wrong and right reasons (much like the guy she endorsed).

For any news publication or network yesterday, Palin on the stage with Trump was very good for business…

So should the Palin-Trump story get ample coverage regardless of the business aspect? Of course. From a news-only perspective, it could tip the scales in Trump’s favor in Iowa and is therefore important. But should it be the top story and/or dominate a newscast when there’s something else breaking much more important and earth-shattering in the form of the devastating (and that word isn’t used here lightly) news surrounding Clinton? Absolutely not.
Note: The Clinton story comes not from an anonymous source or a politician with an agenda. It’s not speculation. Instead, it comes via Intelligence Community Inspector General Charles McCullough, and his letter — obtained by Catherine Herridge of Fox News — wasn’t public until her report yesterday. Per Herridge:

That indicates a level of classification beyond even “top secret,” the label previously given to two emails found on her server, and brings even more scrutiny to the presidential candidate’s handling of the government’s closely held secrets.

“To date, I have received two sworn declarations from one [intelligence community] element. These declarations cover several dozen emails containing classified information determined by the IC element to be at the confidential, secret, and top secret/sap levels,” said the IG letter to lawmakers with oversight of the intelligence community and State Department. “According to the declarant, these documents contain information derived from classified IC element sources.”

And how much time did the three major network newscasts (CBS, NBC, ABC) spend on this story, which very well could derail the campaign of the Democratic frontrunner? Zero. None. Not one minute or even one second devoted to it during its respective evening newscasts … all while going all-in on Palin-Trump. As for the New York Times, they buried it on page A16.

Is it because the Clinton story is difficult to understand? Hardly. Is it — despite the new revelation around emails on Clinton’s home-brewed server being higher-than-top-secret — somehow considered old news? Nope. Or is it because the story simply isn’t as sensational as two former reality stars (relative term with Palin) joining forces on the Republican campaign trail? Who knows? But why or how this became an either/or, pick-one-or-the-other scenario is vexing. Unless, of course, you believe Clinton being a Democrat also has something to do with the complete lack of coverage when this broke yesterday. But in the end, always follow the money.

In a sane world, one without business considerations around ratings or the possible political leanings of those producing such newscasts, Clinton/SAP beats Trump/Palin ten times out of ten.

But this isn’t a sane election season.

It’s unhinged on all levels, especially within the media world.

Hillary Clinton’s campaign to become the nation’s first female president is now on thin ice. An FBI investigation could well become an actual indictment if this Inspector’s General finding is a preview into where said investigation is heading.

Are you a businessman or are you a newsman?

The former is winning in today’s traditional media. And it ain’t even close.