Webb, who lost in the Republican primary and is now running as an independent in the 8th District, posted the following image to his Facebook page to demonstrate how hard it was to find jobs in the Arlington area: 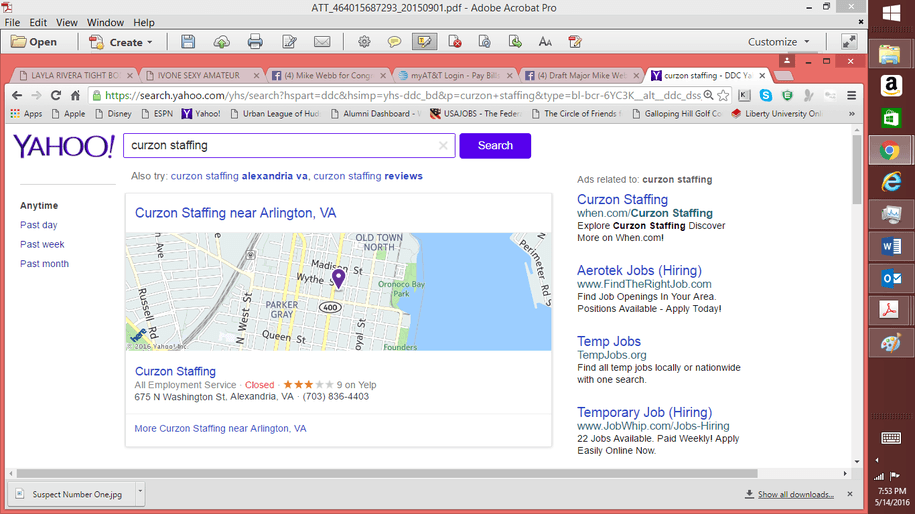 The post was deleted and replaced with another bizarre one in which Webb explained that he wasn’t watching porn, he was just researching viruses. “Curious by nature, I wanted to test the suggestion that somehow, lurking out in the pornographic world there is some evil operator waiting for the one in a gazillion chance that a candidate for federal office would go to that particular website and thereby be infected with a virus that would cause his or her FEC data file to crash the FEC file application each time that it was loaded on the day of the filing deadline, as well as impact other critical campaign systems,” he claimed.

That follow-up post was also deleted. His latest post reads “THANKS FOR THE TAB CHECK, RANGER BUDDIES!” and then quotes Psalms 100:5: “For the Lord is good; his mercy is everlasting; and his truth endureth to all generations.”