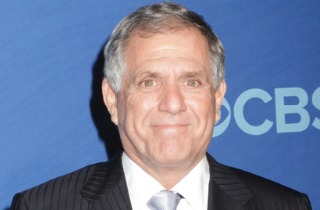 CBS chief executive Les Moonves opened up in a big new interview with The Hollywood Reporter, and addresses the big late night changes coming to CBS next year. Moonves is very much looking forward to Stephen Colbert taking the Late Show reins, and expects great things from him.

Moonves said, “I think Colbert is going to be the conscience of America. Jay may have gotten higher numbers, but when 9/11 happened, people tuned into David.”

As for James Corden, the Brit taking over The Late Late Show next year, Moonves claimed he’s been courting Corden to come to CBS ever since watching him perform on stage two years ago. Moonves calls Corden a very “appealing” guy, and kept trying to find a slot for him after plans to do a sitcom fell through.

Moonves also addresses other controversies that popped up in the past few months. Firstly, the NFL. CBS and the pro-football league are corporate partners, but it was Moonves who reportedly acted quickly in pulling the plug on Rihanna‘s pregame intro in the wake of the recent domestic violence controversy. He said there’s been no major concerns about sponsors dropping out, and the NFL continues to be a “very valuable” TV commodity.

And then there’s the Lara Logan fracas. You’ll recall Logan took a leave of absence from 60 Minutes after a Benghazi report that turned out to be rather false. Moonves said, “It was a mistake that was acknowledged, and we’ve moved on.” He also dismissed a story connecting Logan’s rise to his personal interest in her.