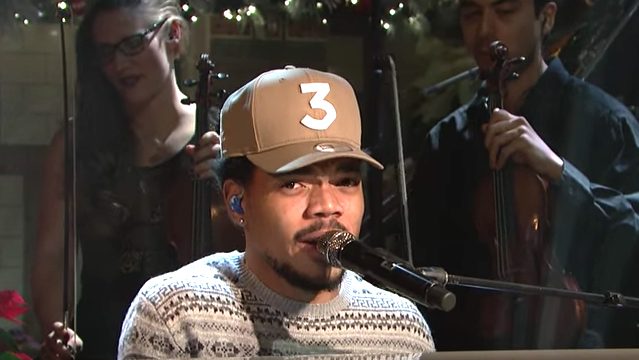 Chance The Rapper went to see Get Out, Jordan Peele‘s new comedy horror movie recently, and he really liked it. So, he tweeted about it:

DID I NOT TELL YALL #GETOUT WAS INCREDIBLE!! BEST FILM ACROSS ANY GENRE IN AWHILE GO SEE IT TODAY! Cc: @LilRel4 @JordanPeele

Almost immediately after he sent the tweet, he decided to do people one better than letting them know about it by buying out an entire theater on Chicago’s South Side so that fans could go and see it for free. All they had to do was bring ID.

I bought all the tickets to #GetOut at Chatham Theatre on 87th Just pull up with ID and enjoy the movie.

All day guys, come thru! Bring whoever, it’s free I just want you to see it on 87th. There’s a few more showings today! #GetOut https://t.co/On2NxUopuy

It’s already bussin, I just left and might have to come back for a later showing!! #getout https://t.co/tlWWspgMH5

@chancetherapper thanks bro i appreciate it dearly ?!!!! pic.twitter.com/JvatPxSJDL