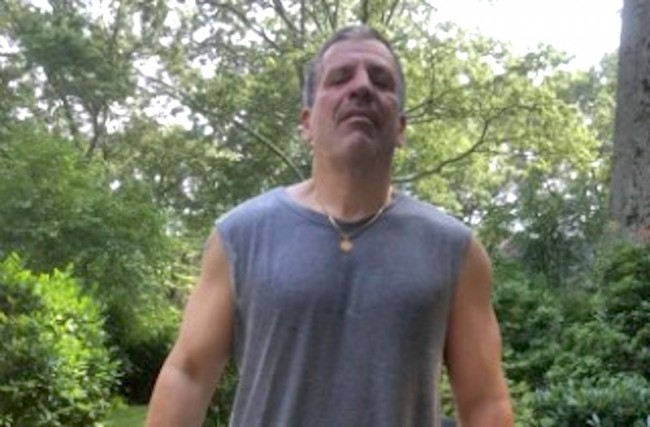 Fox Business contributor Charles Gasparino is no stranger to online warfare. The pugilistic financial journalists is a regular on Twitter where his many interlocutors know that challenges rarely go unresponded to.

Something else many of those interlocutors have in common is that they all appear to live in their mom’s basement. That at least is assessment offered by Gasparino in hundreds of instances since 2012.

Oddest media Twitter is @cgasparino who tweets at *hundreds* of randos about living in mom’s basement. Just scroll: https://t.co/HCmKpdFAnS

“It’s Charlie being Charlie,” an acquaintance of Gasparino’s told Mediaite.

In more than 30 cases, Gasparino also mentioned hot pockets as the food of choice for the basement dwellers. In addition to basements, he is also fond of sweat covered images of himself.

Here are some highlights

thanks for confirming you live in mommys basement tell her i said hello and now i will block you https://t.co/5CLIiVaouS

are you inviting me over to your mom’s basement, abby? https://t.co/Rzn2XApt0G

reason this moron is still living in mom’s basement: he cant READ: “We will continue to hold management accountable to its commitments” https://t.co/FsMbLeZxQl

memo to my trolls: while your in moms basement i’ll be in Houston for #SuperBowl indulging in great parties & amazing box seats! see u soon!

when u laugh @FrancImperator does your mom complain that youre making too much noise in her basement?

about as likely as this trolls big time MMA career fantasized in his mom’s basement w underwear neatly around ankles https://t.co/lWwPdc2951

sounds like the cat pee in @thedude4242 mom’s basement (where he lives) is starting to kill ALL of his brain cells pic.twitter.com/P3NWLZyiDJ