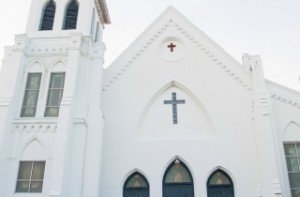 This past month marked one year since the horrific mass shooting at the Charleston Emanuel AMC church, and the surviving victims of that tragedy are taking legal action.

Weeks after the shooting, FBI Director James Comey made a statement saying that shooter Dylann Roof should not have been able to purchase the gun he used, and the only reason he did was because of a background check loophole. And it turned out that the FBI did not receive all relevant information about Roof because of a clerical error.

Well, according to The Washington Post, some of the surviving victims and families of others are filing a lawsuit against the FBI over that error.

Attorneys for the plaintiffs made statements calling for justice following this egregious error:

Lawyer Andrew Savage said, “The victims and families hope that by bringing these actions, they can shine a very bright light on these shortcomings and prevent other individuals, families and communities from dealing with unfathomable and preventable loss and injury”…

“It’s beyond a clerical error,” said S. Randolph Hood, an attorney for the wife of the Rev. Clementa Pinckney, who was killed in the shooting. If the federal government is going to be in control of who is allowed to buy guns, he said, “they need to do it right.”

Perhaps, with this in consideration, addressing potentially fatal errors in the system should be a major part of the gun control that advocates are pushing for.