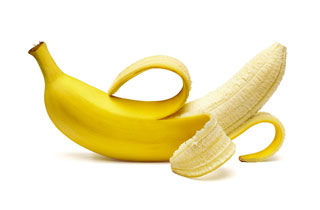 There’s always money in the banana narco-terrorism slush fund: The Daily Beast discovered that Chiquita, the world’s largest banana company, is spending “hundreds of thousands of dollars” in lobbying fees to block a 9/11 victims funding bill, because it would interfere with their ability to pay off terrorist organizations in South America.

The key to this story is a bill stalled in Congress known as the Justice Against Sponsors of Terrorism Act (JASTA), which would allow victims of terrorism and their families to seek accountability from companies that finance international terrorist groups. But Chiquita’s lobbyists found one teensy wrinkle in the bill: namely, the fact that the banana company would be punished for making payments to the United Self-Defense Forces of Colombia (AUC), a drug trafficking ring and right-wing paramilitary group which the US has officially designated as terrorists. While Chiquita claim that they were extorted and made nearly $1.7 million in payments to protect their employees in South America, the government didn’t buy that and fined them $25 million in 2007. (AUC has since disbanded.)

So basically, Chiquita has a terrorist problem on their hands:

By 2003, Chiquita’s most profitable operation was its Colombian subsidiary. That same year, Chiquita officials consulted the opinion of outside lawyers in Washington, D.C., who pointedly advised that the payments were illegal and needed to be halted. They did not stop until Feb. 4, 2004. The subsidiary was sold off later that year.

Having acknowledged payments to terrorists—though they claim to be extorted—Chiquita’s interests conflict with those of 9/11 victims’ families.