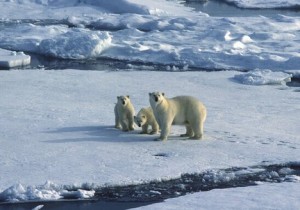 In the debate on global climate change, Global Warming proponents may have just gotten a big part of their argument back. The Associated Press is reporting that a British panel, made up of the House of Commons’ Science and Technology Committee, has completed an investigation today that clears the Climategate scientists of nearly all wrongdoing and validated their initial findings.

Since Global Warming first became a hot button issue, the folks that believed the man-made theory have always had one big talking point to fall back on: they had the scientists on their side. This led to many a debate ending with one side laying down the “scientist card” and calling it a day, smugly confident that no one could ever have a response to that. That all changed last year when thousands of stolen e-mails seemed to give the skeptics the perfect rebuttal: “Yeah, the scientists are on your side, but they’re also dirty, rotten liars.” Thanks to this morning’s announcement, the argument can swing back around again. According to the panel, the data found by the Climatic Research Unit, the group behind the e-mails, is, in fact, valid.

From the Associated Press article:

In their report, the committee said that, as far as it was able to ascertain, “the scientific reputation of Professor Jones and CRU remains intact,” adding that nothing in the more than 1,000 stolen e-mails, or the controversy kicked up by their publication, challenged scientific consensus that “global warming is happening and that it is induced by human activity.”

The investigators don’t find the CRU completely faultless though. It seems that, what was originally interpreted in the correspondence as proof of the group distorting facts was actually proof of them refusing to share their findings with rival scientific operations and critics. So it seems the scientists aren’t liars as much as overly competitive and kind of jerky.

However, this vindication isn’t about to sway Global Warming skeptics. In fact, all they have to do is look at the bottom of the AP article to find their argument ready made for them.

Lawmakers stressed that their report – which was written after only a single day of oral testimony – did not cover all the issues and would not be as in-depth as the two other inquiries into the e-mail scandal that are still pending.

So, it seems what we’re saying is that no one needs to worry. Everyone can keep believing what they believed at the beginning of this scandal. One side still has their scientists and the other side still has the fact that scientists could be wrong. Then again, none of you were really planning on changing your minds about this anyway, were you?