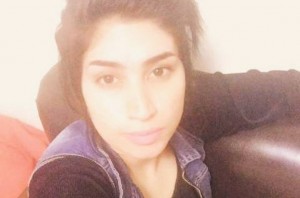 I was very confused by a recent CNN piece detailing the tragic murder of a young Pakistani woman. Qandeel Baloch was a revolutionary social media star in Pakistan, flaunting her femininity, renouncing her forced marriage, and butting heads with her critics. Her life was cut short when her brother Waseem Baloch strangled her to death, just one of the thousands of “honor killings” carried out in Pakistan every year.

But what confused me was that while giving me the who, what, where, and when, CNN can’t seem to figure out why a brother would murder his own sister. Let’s break the story down and see if we can help them out:

“I am proud of what I did. I drugged her first, then I killed her,” Waseem Baloch says. “She was bringing dishonor to our family.”

In his confession, Waseem remarks that he thinks he will be remembered with pride and honor, and by bringing honor to his family he has earned his place “in heaven.”

“In heaven,” huh? Sound like he follows some sort of religion. Hinduism, maybe? Presbyterianism? Who knows, I guess.

In one incident, Qandeel made headlines after posting selfies on her Instagram account with Mufti Abdul Qavi, a senior member of the clergy. According to Waseem, this particular controversy was “the end of it.”

A “member of the clergy”? Again, that doesn’t help us much; nearly every religion has clergy. Still leaning towards Presbyterianism.

The media frenzy surrounding the pictures resulted in Qavi’s suspension from his post on one of Pakistan’s religious committees, and police have announced that the prominent cleric is also to be investigated in connection with the murder of the social media celebrity.

Again, we get a pretty clear indication that some sort of religion is at the heart of this all. But apparently, CNN’s ace reporters couldn’t figure out which one.

However, the cleric told CNN that any reports he was being investigated in relation to Qandeel’s death were incorrect. “These allegations are wrong,” he said.

Speaking to Pakistan’s Geo News, Qandeel’s mother accused the cleric of provoking her son into carrying out the murder. She claims her son Waseem carried out the killing on the cleric’s advice.

Generic “cleric” again. I mean, he’s definitely Presbyterian, but I wish they would spell out if he was Presbyterian Church in America, or Presbyterian Church (U.S.A). Seems obvious to me that when someone commits a horiffic murder based on religious teachings, the media has a responsibility to accurately report his religion, you know?

I tried going to Buzzfeed next, but that was no help. They do say was that she was killed for for butting heads with “Pakistan’s conservative culture,” but they don’t go into specifics. Her killer must have been a John Kasich supporter, as best as I can tell.

Now fortunately, CNN wrote another story on a Pakistani honor killing last month. Oddly, despite not naming any religion in this piece, they didn’t hesitate to name the perpetrator’s religion in that piece.

Honor killings in Pakistan’s Christian community, of which the Masih family is a part of, are “extremely rare”, says Peter Jacob, a minority rights activist and secretary at the National Commission for Justice and Peace.

The death of Anum, he says, showed that Christians weren’t immune to this custom. “The incident in Sialkot shows that not only the peer pressures but cultural norms and patterns have crept into minority communities as well,” he said.

Alright, so we know for sure that Christians commit honor killings. CNN does note that it’s “extremely rare,” but it doesn’t say in comparison to who. The next paragraph reads, in it’s entirety:

…but CNN never explains why they added that information to the piece. Seems superfluous, really. After all, if honor killings were almost exclusively carried out by Muslims, I’m sure they would inform their readers of that fact rather than embarrassingly dancing around it.

In any case, kudos to CNN for covering this important story. The tale of Qandeel Baloch’s bravery in standing up to forces that would silence and enslave women across the globe is an inspiration to us all. By covering this story in the way they did, CNN certainly showed us just how much they intend to emulate that bravery.