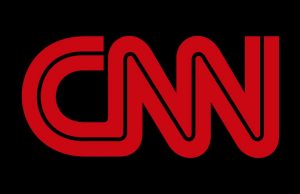 There is no denying that Andrew Kaczynski and the KFILE team of CNN (and previously Buzzfeed) have done some outstanding investigative journalism into the history of public appearances and controversial remarks by Donald Trump oftentimes buried in the history of his media interviews.

Kaczynski and his team have broken invaluable story after story that basically read along the lines of Trump once said this outlandish thing on the so-and-so show X number of years ago, despite what he’s now claiming on the campaign trail. We even named Kaczynski and his cohorts to our 2016 list of “Most Influential in News Media” as a result of their seasoned original reporting.

But their newest effort released Wednesday afternoon — that Trump told Fox’s Brian Kilmeade in 2010 that Wikileaks was “disgraceful” and that there “should be like death penalty or something” — is an attempt to take what was clearly an offhanded joke as Trump’s bond.

In the clip that Kaczynski/KFILE unearthed, Trump can be seen goofing off a bit with Kilmeade while taping an impromptu promo of sorts for the latter’s radio show. When Kilmeade brings up the Julian Assange-helmed Wikileaks (which at the time was in the news for the leak by Pte First Class Bradley, now Chelsea, Manning), Trump makes his off-the-dome remark with a clear shrug and grin.

It’s the exact sort of “meh” comment that the shoot-from-the-hip business man has been making for decades; but now of course, CNN is taking it incredibly seriously when viewed in direct contrast to the President-elect’s recent remarks about Assange: “Julian Assange said “a 14 year old could have hacked Podesta” – why was DNC so careless? Also said Russians did not give him the info!” he Tweeted early Wednesday.

Trump’s 2010 comment is a joke in its most extreme form; for CNN to peddle it as a hardened truth to play “Gotcha!” with is silly. It’s clear to anyone who watches the clip that Trump is joking around with his pals Kilmeade and Steve Doocy (who also briefly appears in the resurfaced clip). Yet, CNN has been incorporating it into its otherwise legitimate analysis nonstop since Kaczynski’s reporting.

The indefatigable Kaczynski published his story at 1:47 p.m. Wednesday; within 45 minutes, he was already on air with Brooke Baldwin to discuss its implications, in a presumed effort to expose Trump’s hypocrisy.

And it didn’t stop there; the Kilmeade clip was replayed on CNN airwaves seven more times before 9:30 p.m., as part of Anderson Cooper‘s coverage as well as Wolf Blitzer‘s and Jim Sciutto‘s, filling in for Jake Tapper. The clip was again exhausted Thursday morning no fewer than three times on CNN’s New Day, while only Alisyn Camerota identified it appropriately: as a “flip comment.”

Let’s not split hairs here; Trump’s willingness to seemingly side with Julian Assange and Wikileaks over the intel from the US intelligence community is reckless and juvenile in its own right. But for CNN to go chasing yet another you’ll never believe what this guy once said! comment in this regard over a perfunctory joke is making a far bigger deal about it then it ever deserved in the first place. Furthermore, CNN has edited the clip as part of several packages that have aired exposing the President-elect’s “conspiratorial tone.”

It also begs the question why; why are we still chasing down every little phrase, quote, and quip from the man’s decades of public appearances? We all know by now that for everything he says as President, someone can likely dig up a quote of his from, say, 1984 saying the exact opposite (and credit given where it’s due: no one in the industry would do this better than Kaczynski). Despite the avalanche of headlines that KFILE and others created during the campaign trail, voters — in the states that mattered most, any way — were clearly unfazed by the media’s need to chase the Trump carrot down every rabbit hole. The one that did the most damage was, of course, the Access Hollywood clip that revealed Trump’s penchant for, uh, grabbing things, but that came about as a leak to the Washington Post directly. It resulted in one of the few times Trump ever formally apologized for his actions, and the man was still elected Commander in Chief. It’s high time that we stop playing “gotcha” with a man who has thousands of interviews to his name, and stay focused on the here and now: the actions he’ll take as President that impact the lives of Americans in 2017 and beyond.
—
J.D. Durkin (@jivedurkey) is an editorial producer and columnist at Mediaite.