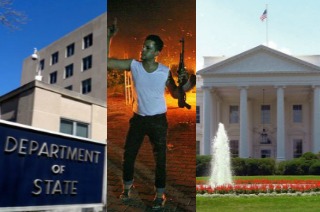 An email obtained by CNN’s Jake Tapper reveals that a bombshell report by ABC News released may have incorrectly implicated some White House officials in the decision to remove from the State Department’s talking points on the Benghazi attack references to Islamic terrorism. The email obtained by CNN shows National Security Adviser for Strategic Communications Ben Rhodes was less concerned about the political fallout from the Benghazi talking points than State Department spokeswoman Victoria Nuland.

“The actual email differs from how sources were inaccurately quoted and paraphrased in previous media accounts,” the CNN report reads.

The significance of the email seems to be that whomever leaked the inaccurate information earlier this month did so in a way that made it appear that the White House – specifically deputy National Security Adviser for Strategic Communications Ben Rhodes – was more interested in the State Department’s desire to remove mentions of specific terrorist groups and warnings about these groups so as to not bring criticism to the State Department than Rhodes’ email actually stated.

The email, sent on Friday, September 14, 2012, at 9:34 p.m., shows Rhodes was prepared to be deferential to investigators who would clear up what happened in Benghazi in the ensuing weeks after the attack:

There is a ton of wrong information getting out into the public domain from Congress and people who are not particularly informed. Insofar as we have firmed up assessments that don’t compromise intel or the investigation, we need to have the capability to correct the record, as there are significant policy and messaging ramifications that would flow from a hardened mis-impression.

The CNN report claims that the original report in ABC News misquoted Rhodes and shows him to be in more agreement with Nuland than the original email suggests:

“We must make sure that the talking points reflect all agency equities, including those of the State Department, and we don’t want to undermine the FBI investigation. We thus will work through the talking points tomorrow morning at the Deputies Committee meeting.” The Weekly Standard reported that Rhodes “responded to the group, explaining that Nuland had raised valid concerns and advising that the issues would be resolved at a meeting of the National Security Council’s Deputies Committee the following morning.”

“Whoever provided those quotes and paraphrases did so inaccurately, seemingly inventing the notion that Rhodes wanted the concerns of the State Department specifically addressed,” CNN concludes. “Nuland, particularly, had expressed a desire to remove mentions of specific terrorist groups and CIA warnings about the increasingly dangerous assignment. Rhodes put no emphasis at all in his email on the State Department’s concerns.”

Jonathan Karl, the ABC News reporter who broke the original story, has checked with his sources and found the CNN scoop to be consistent with his original reporting.

The differences in the two versions are being taken by some as evidence that my source sought to intentionally mislead about the extent of State Department involvement in changing the talking points. The version I obtained makes specific reference to the State Department, while the version reported by CNN references only “all of the relevant equities” and does not single out State.

“The White House could still clear up this confusion by releasing the full e-mail transcripts that were provided for brief review by a select number of members of Congress earlier this year,” Karl writes. “If there’s “no ‘there’ there,” as President Obama himself claimed yesterday, a full release should help his case.”


Read the full report via CNN