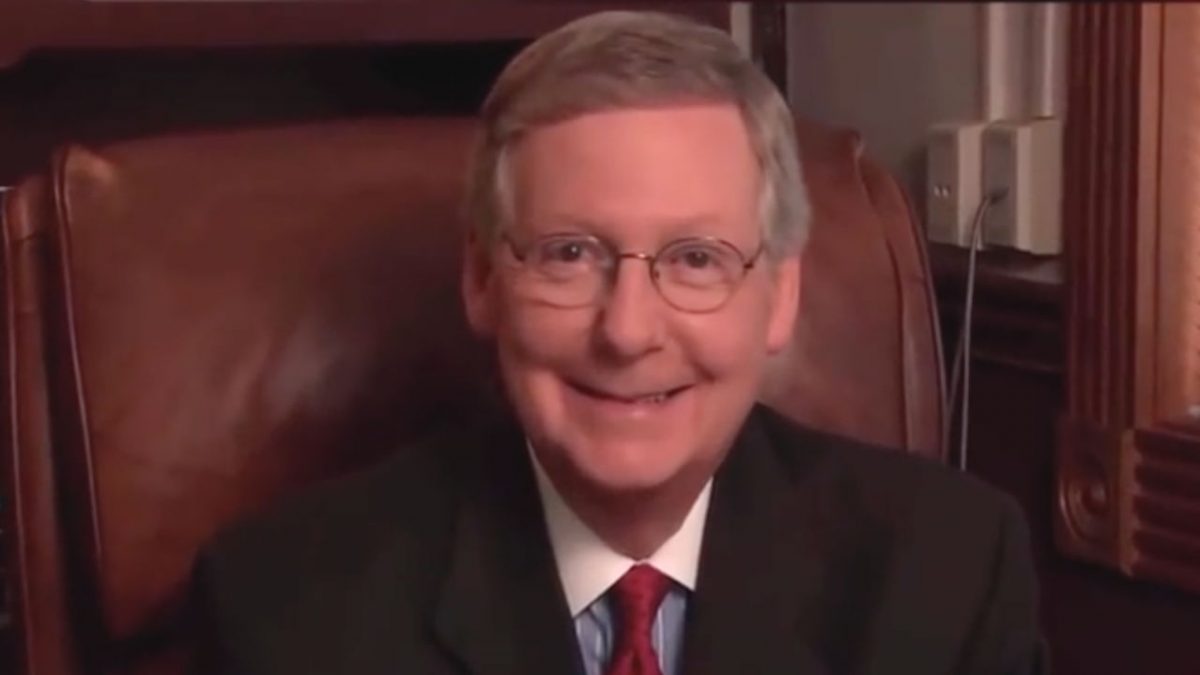 Blankenship, who called McConnell “Cocaine Mitch” in a campaign ad that went viral, focused his campaign on attacking the Senate Majority Leader for his love of “Chinapeople” and his “China family,” which was a racial attack against the lawmaker’s wife, who was born in Taiwan. McConnell got the last laugh, however, as his team posted the following photo — which was inspired by the Netflix show Narcos — on Twitter once it was clear Blankenship would not win:

Media figures responded to the post with both cheering and cringing as McConnell embraced his snorting alter-ego. The account for the show Narcos even got in the mix:

You are not using it right.