College Student Who Blew k Fund: My Parents 'Should Have Taught Me To Budget'

College Student Who Blew $90k Fund: My Parents ‘Should Have Taught Me To Budget’ 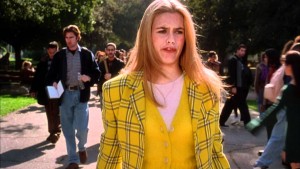 For your daily dose of rage-inducing WTF, I present the story of Kim, a 22-year-old college student who blew through a $90,000 college fund established by her grandparents.

Kim appeared as a guest on The Bert Show, an Atlanta-based radio show, and told her story over the course of several interviews. At first, you might think, “Oh, did something happen? Did she have to use the money for a selfless purpose, or help someone in the family out?” After all, while attending college is considered a must for most 20-somethings in the United States, many often find themselves unable to after a family tragedy strikes.

However, that’s not the case at all with Kim. She’s just an entitled millennial who wasted a financial gift that the majority of college students, traditional and otherwise, would literally kill for. Sure, Kim did use the money on her first three years of tuition, but she spent the rest on shopping, trips to Europe and other miscellaneous bullsh*t.

What’s worse is, though the show hosts try to keep calm while giving Kim advice, she just can’t help but make herself sound worse each time she opens her mouth. Highlights include:

“Maybe [my parents] should have taught me to budget or something. They never sat me down and had a real serious talk about it.”

“[My parents] said there was nothing they could do for me. They’re not being honest with me saying they don’t have [money] because my dad has worked for like a million years and they have a retirement account.”

“I know they’re trying to teach me a lesson and blah blah blah and character building but, like, I hope they realize [working part-time] could have such a negative effect on my grades and as a person.”