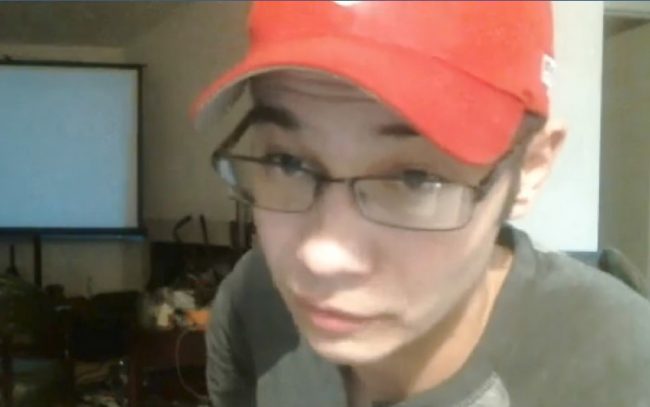 The man who fatally shot a Colorado deputy and injured several other law enforcement officers had recently posted angry video rants railing against the local sheriff and at least one other deputy. On top of that, his Facebook page contained a number of memes and references associated with the alt-right and message board 4Chan.

37-year-old Matthew Riehl, who was killed in his shootout with police, posted a video labeled “Fire Sheriff Spurlock” to YouTube last month.

Video posted by the accused gunman in which he claims to be running as the Libertarian candidate for Sheriff. https://t.co/2HSoWmbkbQ

In the rambling clip, he said that he would run against Spurlock as a libertarian and vowed to “fire all these bums come early next year.” Elsewhere in the video, he flashed the business card of a sheriff’s deputy and referred to the officer as a “pimp.” He posted other videos to his YouTube page featuring traffic stops, accusing the cops of engaging in dirty tactics.

A review of his Facebook page reveals that he was fond of posting memes associated with the alt-right, specifically Pepe the Frog. As Forbes’ JJ McNabb noted, Riehl went by Matt Gonzo on the social media platform.

Besides revealing his affinity for alt-right memes and sayings, such as “cuck,” Riehl’s Facebook page also showed he was angry towards the University of Wyoming law school, which he graduated from in 2010. According to CNN, the school recently alerted faculty and students due to what they saw as “suspicious behavior” from Riehl.

According to a letter sent to faculty and staff in November, Riehl posted “rambling, nonsensical messages on his Facebook page” that specifically mentioned the school. Campus police and the Laramie Police Department were both alerted to the posts. The faculty was asked to alert authorities if Riehl was spotted on campus.

Riehl was a former Army reservist and National Guard member who was deployed in Iraq in 2009. According to a National Guard spokesperson, Riehl entered the US Army Reserves in 2003 and then served in the Wyoming National Guard from 2006 until he was honorably discharged in 2012. In some of his posted videos, he can be seen wearing an Iraq combat veteran baseball cap.

The deputy Riehl killed, Zackari Parrish, had been a police officer for three years. Parrish was married with two children.