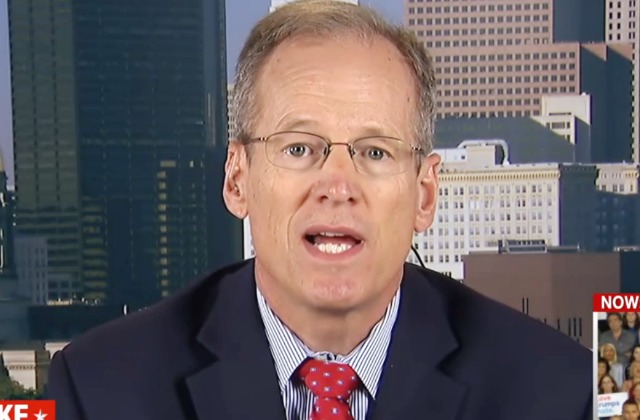 On New Year’s Eve, CNN political commentator and former GOP congressman Jack Kingston took to his Twitter account to complain that the mainstream media had “buried” a story revolving around the legal defense fees of Donald Trump’s sexual misconduct accusers.

Only one little problem…the story came from the mainstream press. And, in fact, it was on the front page of the New York Times on the day he tweeted out his complaint.

So, as you can see above, Kingston tweeted out a link to a FoxNews.com report that was actually an aggregation of a NYT piece on partisans looking to exploit sexual harassment claims. The Times report, authored by Kenneth Vogel, included the revlations that a Hillary Clinton backer had provided lawyer Lisa Bloom $500,000 to help fund an effort to bring a sexual misconduct case against Trump. Bloom reportedly refunded that money to the Clinton donor after the case collapsed.

Following Kingston’s tweet, a number of journalists highlighted how disngenous the pundit was being due to the fact that the Times not only had the scoop but that the mainstream publication heavily promoted the report by front-paging it.

This was on A1 of the Times! Stop https://t.co/TmYfy1ViKw

This was @kenvogel’s scoop – he’s a NYT reporter. And as @JakeSherman pointed out this was on A1 of the Times. Your lying is disgraceful. https://t.co/A7GgszdEFx

A) This ignores that @kenvogel broke the story.
B) Notice Jack is a CNN commentator. They elevate dense people and then complain about the results. https://t.co/pDDhyjn48j

And Vogel himself chimed in:

* buried on the front page of the @nytimes * https://t.co/dRhMiycRu2

It would be safe to say that Kingston stepped in it on this one.