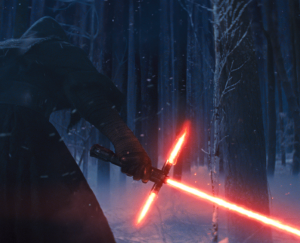 With very, very few exceptions, every movie sequel is infinitely worse than the original.

Your five exceptions are:

Really, that’s it. And the rule becomes absolute when it comes to sequels that are released at least one decade after the original or sequel to the original. Five very big examples below:

The latest from that last selection’s franchise, of course, will hit theaters about a year from now. Is George Lucas directing? No. So unless the great Christopher Nolan (the Christian Bale Batman series/Inception/Interstellar) is involved, there’s simply no reason to move ahead with this project from a content perspective. Of course, this isn’t about continuing a story that was as finished as it gets (Vader/Anakin returns from the dark side, kills the Emperor, then dies himself as the good guys/Ewoks celebrate conquering the Empire. The End.). Instead, the next six (yup, SIX) Star Wars films are being made for exactly the reason Mel Brooks‘ Yogurt character proclaimed why sequels exist in these situations during his 1987 spoof of the original triology: “God willing, we’ll all meet again in ‘Spaceballs 2: The Search for More Money‘.

Speaking of the green stuff, we’re not just talking the usual billion or so, but $4.05 billion…which is what Disney paid LucasFilm to wrestle away the franchise. J.J. Abrams will direct (his most notable work in this genre being the recent and decentStar Trek reboot). The cast is relatively unknown, but one has to believe almost anyone will top the choice of the quickly-forgotten Hayden Christensen to play Anakin Skywalker (who eventually becomes Vader in the final two minutes of about nine hours of film). Speaking of the last trilogy–which were prequels to the 1977 Star Wars/Chapter IV–do you ever hear anyone quoting those movies or even remotely discussing them? You neither, huh? That’s because they were patently unmemorable, particularly the first two, which were missing one indispensable character: Vader (because he didn’t exist in the form moviegoers knew from the first trilogy between 1977-1983).

Ultimately, that will be the downfall of this series: Picture Wall Street without Gordon Gekko (the 80s Gekko, not that revised version that Michael Douglas mailed in a few years ago). Or The Godfather without Michael Corleone. Or the Karate Kid without Cobra Kai. Simply put, Star Wars without its most iconic character (with respect to Jar Jar Binks) simply isn’t Star Wars anymore. We saw that in the first 1999 prequel when the annoying, one-dimensional Sith was introduced: Good fighter, looks evil, but no cache…and therefore completely an afterthought in retrospect. As for some of the original cast (Harrison Ford, Mark Hamill, Carrie Fisher) coming back for this version, I invite you to attempt to watch Ford and Karen Allen play Indiana Jones and Marion Ravenwood again about 30 years after the original Raiders of the Lost Ark in the aforementioned Crystal Skull –it’s almost cringeworthy.

Same goes for this entire idea coming back in December of 2015. It will make money, sure. But once the hype dies after the first–and it will–recooping that $4 billion may be more of a challenge than Disney anticipates.

Very few sequels are ever successful…

Especially ones made 37 years after an original masterpiece.