Congressional Staffers Plan Walkout in Support of Garner and Ferguson

Congressional Staffers Plan Walkout in Support of Garner and Ferguson 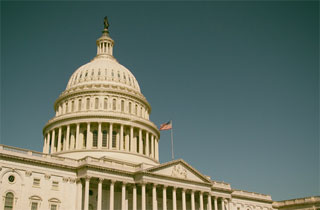 Congressional staffers are planning a walkout today in support of people protesting the deaths of Michael Brown and Eric Garner, with the members of the minority staff associations slated to attend.

“We’re not trying to cause any type of controversy,” one staffer said to CNN. “We’re just trying to highlight this issue, to show solidarity with people who have been affected.”

“We’re proud to have this moment of solidarity with the families of Michael Brown and Eric Garner and the thousands of peaceful protesters around the country who are telling this country that black lives matter,” another staffer told CNN.

In sum, at least 50 people are slated to attend the walkout, which may seem like a paltry number of people, but consider this: if the majority of the Asian, Latino, and African-American congressional staff associations are planning to attend, and if 50-ish people make up the majority of these staff associations, that’s a sad indictment of the lack of diversity in Congress.