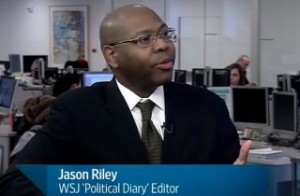 But Riley tweeted out the email he had received from the faculty member, which certainly sounded like an invitation.

Here’s the invitation to speak @virginia_tech says was never extended to me. @WSJopinion @ManhattanInst @FoxNews pic.twitter.com/mTjJUvkDAG

“My purpose in writing to you is to invite you to give the fall 2016 lecture in Blacksburg,” the highlighted section reads, before continuing, “Given your contributions to the editorial page of the Wall Street Journal, I believe you would be a very appropriate choice to give the lecture.”

UPDATE (12:05 PM ET): After Riley released the email, Virginia Tech’s president released a statement apologizing for the mix-up and asking him to come speak.