Creator of Pepe The Frog Kills Off Character; Alt-Right Celebrates 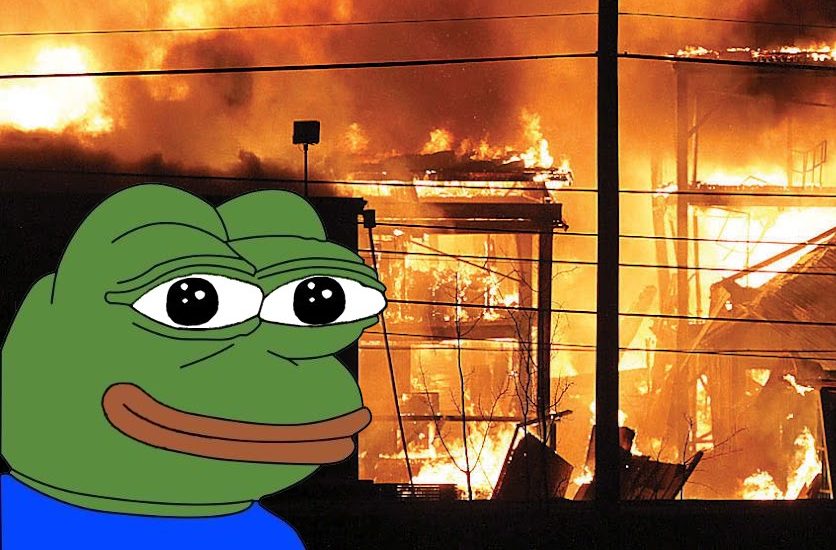 The cartoonist who created Pepe The Frog has killed off the character in a comic strip, following months of trying to rehabilitate the frog after it was co-opted by the alt-right.

Artist Matt Furie created the cartoon character in 2005 for the comic book Boy’s Club, but it was not until the 2016 election that Pepe was adopted by the alt-right online as a mascot for their support of then-candidate Donald Trump.

Since then, the character has achieved notoriety as a symbol for white-supremacy, and was declared a “hate symbol” by the Anti-Defamation League.

Furie was devastated by the perversion of his beloved cartoon frog, upset that “racists and anti-Semites are using a once peaceful frog-dude from my comic book as an icon of hate.”

In a statement put out by Furie and cartoon publisher Fantagraphics in November, they referred to Pepe as an “eternally chill comic book character” and condemned the “illegal and repulsive appropriations of the character by racist fringe groups linked to the alt right movement and the Donald Trump presidential campaign.”

Furie launched a #SavePepe campaign to try and wrest back the frog from the alt-right and restore its image as a positive character. After waging the campaign for months, it appears Furie has now conceded defeat, finally killing off the character in a single cartoon strip showing Pepe in a casket.

While the symbolism of killing Pepe in a comic strip may finally put Furie’s mind at rest, it’s unclear it will have any effect on the frog’s standing as an alt-right hero. On alt-right message boards, commenters celebrated Furie’s attempts to kill Pepe, claiming he has only made the frog stronger.