Critics Fire Back After Trump Blames Media for 'Destroying' Itself

Critics Fire Back With #TrumpGibberish After Trump Blames Media for Destroying Itself: ‘YOU Are Trying to Destroy the Free Press’ 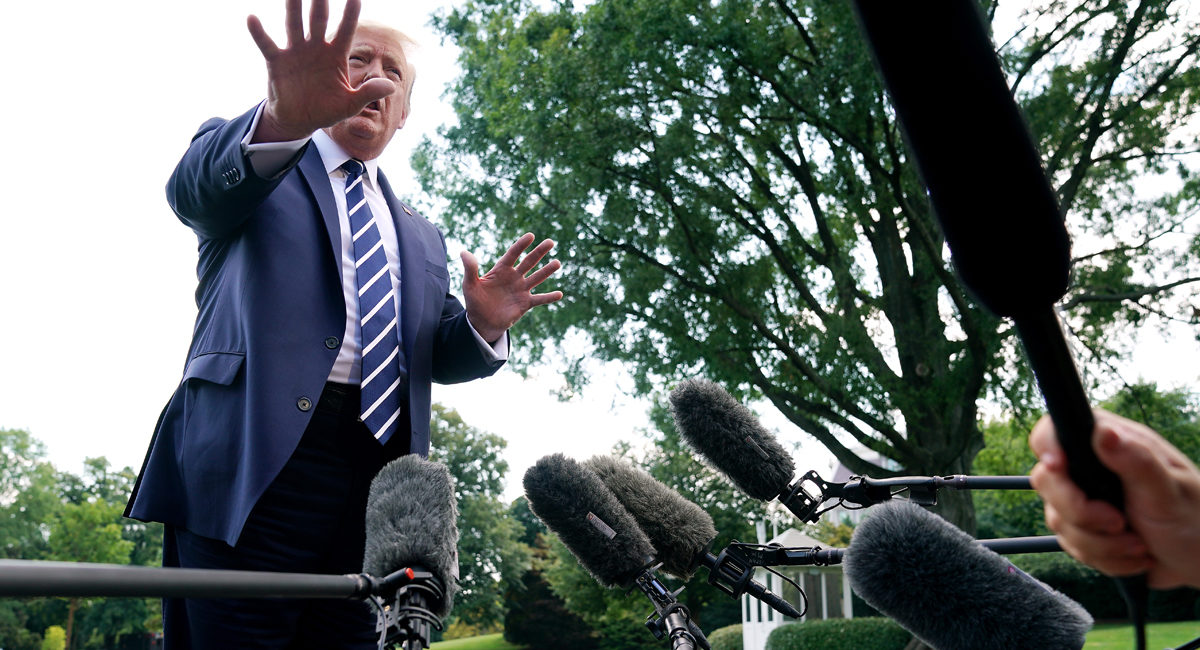 President Donald Trump, citing right-wing radio and Fox News host Mark Levin, blamed the media for “destroying the free press” on Twitter, prompting critics and reporters to quickly fire back: “YOU are trying to destroy the free press. You won’t be successful.”

Trump, who is currently attending the G7 Summit in Biarritz, France, apparently found time on Saturday night to tune in to one of his favorite conservative media personalities, who inspired him to post the latest in a long line of rhetorical attacks against the press.

His wild, circular logic did not go unchallenged and prompted a new hashtag, #TrumpGibberish, to start trending.

YOU are trying to destroy the free press. You won’t be successful. @realDonaldTrump https://t.co/gNeMMmBtjR

#TrumpGibberish I alone can save the space force from wind cancer.

The Chosen One is destroying the King of the Jews. #TrumpGibberish https://t.co/91b9AXz2ec

Literally anything & everything he says is #TrumpGibberish

He’s at the most important multi-national meeting of the year, at a time when serious issues need to be addressed, and he’s listening to a right wing radio crackpot. https://t.co/wGqVeJmyyb

The media IS the free press, you nitwit… #Trump

Fuck Mark Levin and fuck you.

The NRA is destroying the Right to Bear Arms! https://t.co/SnZkKFo16n