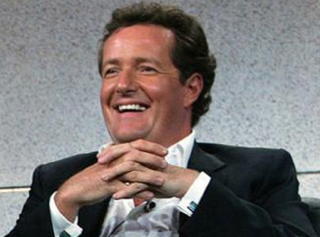 In a bizarre twist to the story, the mission to find evidence of CNN’s Piers Morgan engaging in dirty tabloid behavior has become something of a side quest to the current News Corp hacking scandal. Morgan has denied any hacking, and, with the exception of alleged audio confessions, nothing has surfaced. Tonight, the Daily Beast thought they had finally found the holy grail of the Murdoch scandal– an old BBC interview where he admits it went on, but notes that “not a lot of that went on,” and “the net of people doing it was very wide.”

The Daily Beast initially reported the story with the headline “Piers Morgan Admits to Phone Hacking in Nearly Forgotten Interview on BBC Radio Program,” though that isn’t entirely accurate (they’ve since then edited it to reflect that Morgan admits to “Dodgy Practices,” but not any in particular). That Morgan does not admit to the unethical behavior du jour in a two-year-old interview does not make the clip not newsworthy, however, as he openly admits to what his interview describes as “nasty, down in the gutter stuff.” “I’m quite happy to be parked in the corner of tabloid beast and to have to sit here defending all these things I used to get up to,” he tells the anchor.

He notes that his recklessness in youth “brought a sense of slight abandonment about the reality of what you were doing to people,” and while unspecified suspicious behavior went on, “not a lot of that went on… a lot of that was done by third parties.” He goes on to say that, as the tabloids benefited from the behavior, this did not exonerate them, and that it went on in both “the high end and low end of the newspaper market.”

The interview also has Morgan discussing a fascinating meeting with a teenaged Prince William, who demanded to know why the tabloids had treated his mother they way they did. He says he told the Prince that he was “public property” and had to learn to deal with it. “He didn’t know that his mum used to ring me up on a daily basis to give me stories on her rivals… its a two-way street,” Morgan argues.

It may not have delivered what the Daily Beast originally intended it to, but the interview is certainly a must-listen to understand Morgan’s perspective on the matter, and highlights the pervasiveness of the sort of behavior that may take down News Corp. Listen to the clip (via Daily Beast) below: