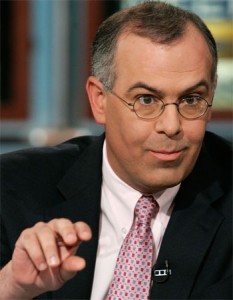 To say that Michael Hastings‘ Rolling Stone article, “The Runaway General,” caused quite a stir would be an understatement. The piece obviously shed light on General Stanley McChrystal, but it has also put Hastings in the spotlight. Yesterday, the New York Times‘ David Brooks wrote a column attacking Hastings for giving in to the “culture of exposure” by making “the kvetching the center of his magazine profile.”

Brooks essentially remarks that complaints and outbursts are a fact of life:

The system is basically set up to maximize kvetching. Government is filled with superconfident, highly competitive people who are grouped into small bands…These bands are perpetually jostling, elbowing and shoving each other to get control over policy.

Military people are especially prone to these sorts of outbursts. In public, they pay lavish deference to civilian masters who issue orders from the comfort of home. Among themselves, they blow off steam, sometimes in the crudest possible terms.

McChrystal, “like everyone else, kvetched.” Hastings, “by putting the kvetching in the magazine, the reporter essentially took run-of-the-mill complaining and turned it into a direct challenge to presidential authority.” Brooks declares this a triumph for the culture of exposure.

david brooks to young reporters: don’t report what you see or hear, or you might upset the powerful.

The Nation‘s Jeremy Scahill comes to Hastings’ defense by pointing out that such reporting is, indeed, what journalism is–or rather, should be:

In a responsible society, one with a vibrant and independent press, the job of journalists should be to hold those in power accountable. Part of the job of journalists is to do precisely what Hastings did–catch powerful figures in their true element, not simply portray their crafted public personas and loyally transcribe their prepared public statements.

To Brooks, Hastings’s conduct was a part of the decay of the private, sacred relationship between the press and the powerful.

While there are questions surrounding how Hastings was able to speak to McChrystal and why the General was so open, it isn’t right to say the article is bad journalism, or that Hastings should not have reported what he saw and heard. The relationship between the press and military has evolved over the years, through several wars, but the aims of journalism have not changed.