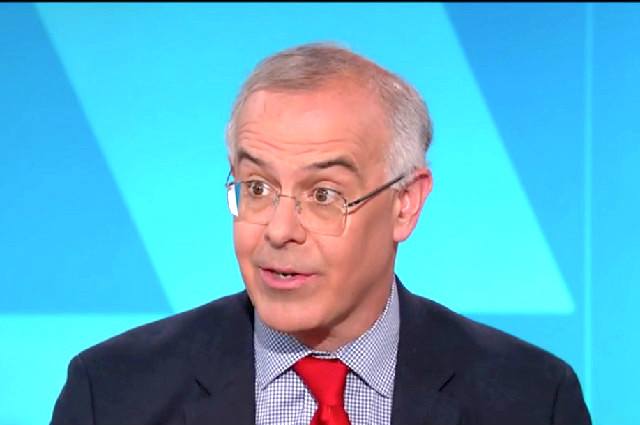 David Brooks, the New York Times’ resident sandwich snob, may be the Internet’s most sophisticated troll.

The in-house conservative at the Grey Lady has increasingly waded into the more nebulous territory of cultural commentary — with decidedly amusing results.

Case in point, his latest effort, How Cool Works in America Today. The conservative commentator’s dive into Breslin-esque content comes in for a trollish landing.

The cool person is stoical, emotionally controlled, never eager or needy, but instead mysterious, detached and self-possessed. The cool person is gracefully competent at something, but doesn’t need the world’s applause to know his worth. That’s because the cool person has found his or her own unique and authentic way of living with nonchalant intensity

Brooks cited such 20th century icons as Miles Davis and Humphrey Bogart as exemplars of past coolness and did a solid interview with “The Origins of Cool in Postwar America,” author Joel Dinerstein.

Then, however, the Times columnist decided to offer his idea that the successor to traditional cool among the kids today was “wokeness” — a term typically embraced by reactionary leftist icons like Linda Sarsour. Brooks insisted, however, that the sentiment also pervaded the far right. He cited Townhall firebrand Kurt Schlichter as an example of right wing “wokedness”

The woke mentality has since been embraced on the populist right, by the conservative “normals” who are disgusted with what they see as the thorough corruption of the Republican and Democratic establishments. See Kurt Schlichter’s Townhall essay “We Must Elect Senator Kid Rock” as an example of right-wing wokedness.

Not that any of this is necessarily wrong — just a bit trollish.

The word “woke” carries great, if vacuous, resonance among the shrillest elements of the far left. “Appropriating” (as the kids might also say) the word in any context towards a guy like Schlichter?

We’re on to you David.

If he was looking to troll, it wouldn’t be the first time. Earlier this month, Brooks dropped another bomb suggesting that his friend without a college degree was too uneducated to enjoy gourmet Italian sandwiches. He further implied that uneducated people like his friend are better suited toward Mexican food. The column sparked a storm across the Internet.