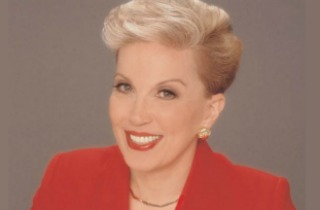 The popular syndicated column “Dear Abby” is receiving flak after one of their latest pieces seemed to blame a young advice-seeking Chicago woman for her own rape.

A junior high school student, going by the signature “Uncertain in Illinois,” wrote that she was a virgin who was unsure of what do after a sexual encounter that occurred without her consent.

“I had just gotten out of a relationship that didn’t end very well, so I liked the attention,” the girl wrote. “I decided I was fine with just kissing, but as soon as I got in his truck, he started to feel me up. He took me to a semi-isolated area and we ended up having sex. It wasn’t fun or pleasurable. I told him he was hurting me, but he didn’t stop until the third time I said it. He was very upset with me. He only cared about me pleasuring him.”

While Abby conceded that the incident qualifies as sexual assault, she seemed to suggest that it was the “breakdown in communication” that was at fault when the girl didn’t protest as she went along with boy’s initial advances.

“It appears you and that boy had a severe breakdown in communication, which led to your being sexually assaulted,” Abby wrote back. “He had made no secret that he wanted sex with you, and may have interpreted your willingness to kiss him after he took you somewhere other than what was agreed upon as a signal that you were willing, even though you didn’t say so.”

Of course, column readers took to Twitter to show their displeasure.

@anamsagredo Indeed. Hope she gets help from someone who is qualified to give it and gets the compassion she deserves. Shame on #dearabby

@dearabby Your mother is turning over in her grave. https://t.co/sZ2JzvatAo

.@dearabby, rape is not a “communication breakdown.” You failed that young woman. You are terrible at this. https://t.co/AbbHvl93bR

How NOT to counsel a sexual assault survivor. Show COMPASSION, not cold judgment. https://t.co/rNatn4RpBU #dearabby #victimblaming

“Dear Abby” was originally written by Pauline Phillips under the pen name Abigail Van Buren, but was taken over by her daughter Jeanne Phillips in 2002. The original “Dear Abby” passed away in 2013.