Death Of The LGBT Media?

Death Of The LGBT Media? 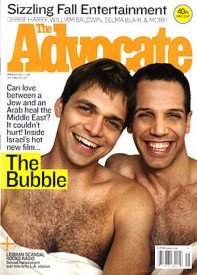 Less than a month after the Washington Blade, known as “the gay paper of record,” celebrated its 40th Anniversary at a glitzy reception at the Harman Center for the Arts in Washington, D.C., comes news that the paper will no longer exist. The Blade—along with Atlanta’s Southern Voice and four other LGBT publications—shut down Nov. 16 because its parent company has gone belly-up after investors failed to prove to the Small Business Administration that it could raise capital.

The closing of the Blade and other Window Media ventures occurred just weeks after the nation’s most prominent LGBT newsmagazine, The Advocate, announced that it would no longer be a stand-alone publication, but instead be packaged with its sexy gay brother in Chelsea, Out magazine. The fall of the Advocate as a stand-alone print product occurred because its owners, Regent Media, no longer believed it could afford to market two print products while also pursuing online efforts.

When two of the most prominent LGBT publications take a major hit, it’s easy to begin asking whether this represents the death of the LGBT press. I mean, if the Washington Blade and the Advocate can’t weather tough times, what does it say about everyone else?

Like other “minority” media, it is easy to underestimate the significance of the LGBT press for the gay community. For many of us, it was the first glimpse into what it meant to be gay or lesbian or bisexual or transgender. We opened up those newspapers tentatively, almost afraid of what we would discover about ourselves and the world around us. We turn to the LGBT press to find out what’s happening on our street, to find a church, to find a lawyer, and even find a boyfriend or girlfriend.

As Jon Barrett–the editor in chief of the Advocate—described at Advocate.com when lamenting the closure of the Blade, “[g]ay media is a huge part of who we are as gay people. I say this not only as the editor in chief of the country’s longest-running gay magazine, but as a guy who, as a closeted 20-something, picked up his first-ever gay newspaper, the Washington Blade, at Lambda Rising [a legendary gay bookstore in Washington, D.C.] on his way home from class back in 1994. That paper was a window to how I hoped I could live someday. “

In a time where kids grow up with a Gay-Straight Alliance at their high school and same-sex marriage is the hot political issue du jour, the role of the legacy LGBT press may seem less important. LGBT people—whether they are “out” or not—can go online for information and see their lives discussed in any number of settings, so do they need to still turn to publications like the Advocate or the Blade or Southern Voice?

These publications also get criticized for their relevance and focus. In a disjointed attack on her former publication (that was later pulled from Huffington Post because it was a “draft”), former Advocate editor Judy Wieder questioned the white, gay-male focus of the Advocate and suggested that it was largely becoming irrelevant. Under her leadership, the Advocate was criticized for being “too Hollywood” and for featuring too many straight celebrities on its cover.

Similarly, the Blade has been criticized for being “too inside-the-beltway,” which is code for a little closeted, a little conservative, and too status-quo. After a stormy era when hustler-turned-White House correspondent Jeff Gannon/James Guckert was given a regular column, the Blade has struggled to shake-off the perception the paper was too mainstream, too white and wealthy, and not activist enough.

The irony of the fall of the Advocate and the Blade is that LGBT journalism is booming, at least when it comes to citizen journalism. From Pam Spaulding’s Pam’s House Blend and John Aravosis’ AmericaBlog to Andy Towle’s Towleroad and Joe Jervis’ JoeMyGod, LGBT voices are everywhere in the political and LGBT blogosphere. This citizen journalism takes many forms, from the progressive political coverage by Spaulding and Aravosis to the popular coverage by Towle and Jervis that mixes pictures of Levi Johnston in Playgirl and 80s disco videos with news about Proposition 8 and hate crimes. But the constant thread is that they rely on the mainstream press—and legacy LGBT media—to keep their operations running.

They rely on reporters like Kerry Eleveld, the Washington correspondent for the Advocate, and Lou Chibbarro Jr. and Chris Johnson of the Blade to cover the ins-and-outs of the LGBT agenda at the White House and Congress. It wasn’t until Eleveld started pressing Obama’s Press Secretary Robert Gibbs about Don’t Ask, Don’t Tell that mainstream reporters like ABC’s Jake Tapper started asking the same questions.

The mainstream press and citizen journalists also rely on the LGBT legacy press to provide the manpower and reporting skills on the stories inside the gay community that just aren’t on their radar . . . yet. Whether it’s the recent police raid on the Atlanta Eagle or the ongoing investigation of a D.C. murder in the home of a prominent gay activist, it was Southern Voice and the Washington Blade that was there first.

That’s something that even the Washington Post recognizes, arguing in a Nov. 18 editorial that:

The Blade’s importance to our area cannot be overstated. From the HIV/AIDS epidemic to hate crimes to the drive for marriage equality, the paper reported stories that the mainstream press initially didn’t or wouldn’t cover. And in the quest for fairness, it held people accountable — gay and straight, elected officials and community leaders. Because of that, the Washington Blade, with more than 250,000 unique visitors to its Web site each month and a circulation of 23,000, was considered the paper of record by gays and lesbians across the country. Control of its archive of papers and photographs at its offices in the National Press Club is now in the hands of a bankruptcy trustee. Every effort should be made to keep the archive accessible to researchers and historians.

Before the eulogies for the LGBT press are written, it’s important to point out that it was the corporate owners of these publications that ultimately got into financial troubles. The Washington Blade was profitable, but Window Media was hemorrhaging money even after the SBA gave it a $38 million loan. The Advocate has been shifted around from owner to owner after several corporations–LPI Media to PlanetOut Partners to Regent Media—have failed to turn a profit despite success at the Advocate. And declining ad dollars—as well as Craigslist’s lock on classifieds and hook-up ads—have meant even less money for the legacy players.

Ultimately, the LGBT legacy media will survive, although maybe not in the same form. The Advocate is increasingly an online-driven publication expected to launch a television product in 2010. While the Blade will no longer exist in name, its former editors and staff are already planning offering something new—both in print and online–but without the baggage of its corporate owners. But will have the same resources? Will there be reporter asking the questions about what’s going on at the police station and city hall, something citizen journalists have struggled to achieve? And where will young LGBT people—and newly “out” older LGBT folks—first learn about their community and find the lawyer they need, the church that gives them strength and support . . . and the boyfriend or girlfriend that will become their husband or wife?

Michael R. Triplett is an writer in Washington, D.C.. He works for a legal and policy publisher and spent 8 years covering the Supreme Court, Congress, and several federal agencies. He is on the national board of the National Lesbian and Gay Journalists Association and blogs at http://www.reacttoyournews.org/. His Twitter page is http://twitter.com/MRTriplett.