Democrats Fret About WH Scandals: ‘Not Sure’ Obama ‘Has This Totally Under Control’

Democrats Fret About WH Scandals: ‘Not Sure’ Obama ‘Has This Totally Under Control’ 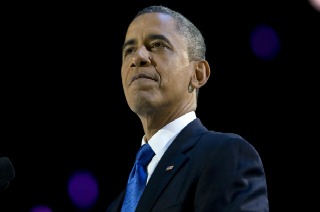 Democrats in Congress are expressing their concern that President Barack Obama and his administration’s previously effective crisis management techniques are no longer assuaging public concerns. After more than a month of successive scandals, the image the president actively cultivated as being reliably cool under pressure is beginning to unravel. Some Democrats told POLITICO that they do not think the administration is responding confidently to the myriad scandals plaguing his administration.

“The president or his people need to be more forthcoming,” Sen. Mark Begich (D-AK) told POLITICO’s Glenn Thrush and Jennifer Epstein. “Look, we understand the need for secrecy, I get it, but the fact is we also need a lot more transparency on the process.”

“I’m not sure people are confident that the administration has this totally under control,” he told POLITICO. “It seems that there’s something new every day — the IRS, this — and that’s giving people lack of confidence in government. … This is the kind of stuff people used to only see in the movies, that the government can listen to everybody’s calls.”

In a statement released to POLITICO last week, Democratic members of the House Judiciary Committee said that the NSA monitoring programs are not consistent with a commitment to preserving American civil liberties.

“We believe this type of program is far too broad and is inconsistent with our nation’s founding principles,” the statement read. “We strongly disagree with those who would assert that because this type of program appears to be long standing and Members of Congress may have been briefed, that it is acceptable to us or the Congress.”

“I believe the president and the administration is a little too confident in their own judgment, a little too smug,” said President of the Center for Democracy & Technology Leslie Harris.

“Their attitude is like, ‘If you all knew what we are doing, there’d be a big sigh of relief and you would thank us,’” Harris added. “But if we’ve learned anything over the last 13 years, it’s that a White House can come up with a legal justification and layers of review. But if you have no transparency you can lead yourself to the conclusion — the wrong conclusion — that you’ve got it just right simply because there’s no one around to tell you it’s wrong.”

The president’s staff is still maintaining their position that Obama is confident in his ability to both comprehend the weighty issues before him and reach a resolution.

“This is in his wheelhouse,” said a longtime Obama aide. “He’s spent a long time analyzing this issue … and feels he’s got as good a handle on it as anybody. … Plus, he just thinks it’s just a really interesting 21st century problem to solve. It fascinates him.”