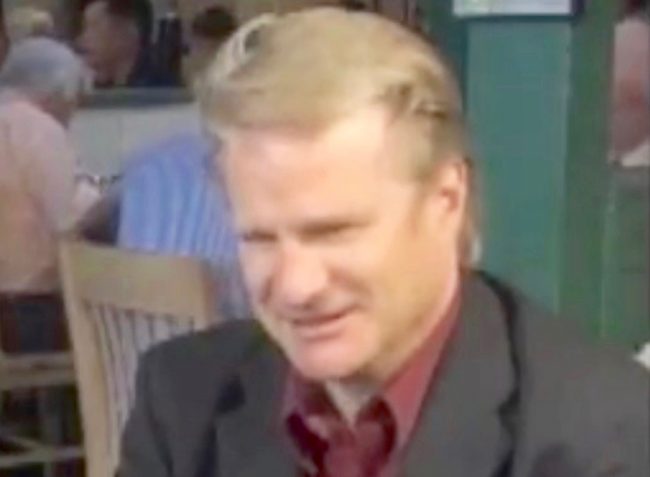 Following the victory by Takuma Sato of Japan in the famed IndyCar race,Terry Frei — a sports writer for the Post — posted a Tweet in which he said he was “very uncomfortable with a Japanese driver winning the Indianapolis 500 during Memorial Day weekend.”

Below is a screenshot of the Tweet, via Alan Cavanna of Fox Sports. 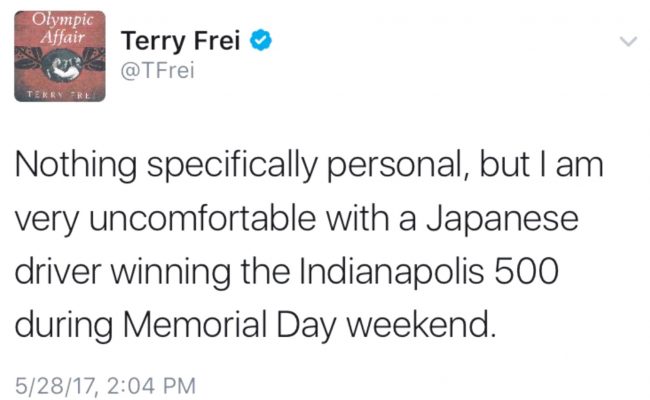 Frei deleted his Tweet, but the screengrabbed version quickly spread through social media. Here’s a small sampling of the reaction on Twitter:

It’s been fun watching @TFrei get lit into in the thread beneath this tweet on this beautiful Memorial Day weekend ??? pic.twitter.com/wqtSb6ntJB

@TFrei SPECIFICALLY personal, i am very uncomfortable w your racism, xenophobia & lack of understanding of what the Indianapolis 500 is all about

I don’t understand how people are still dumb enough to publicize that they think this way. https://t.co/T6XqNxikKZ

Hello @TFrei I would like to buy the rights to “Never Tweet: The Terry Frei Story”, do you have an email address for Jeanne? pic.twitter.com/iQySEIAA9y

UPDATE 10:52 P.M. ET — The Denver Post has put out the following statement:

UPDATE 4:40 P.M. ET — The Denver Post has a new statement out, saying Frei has been fired: