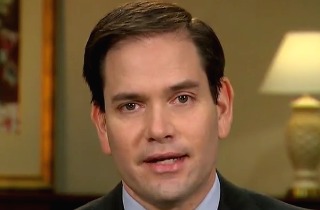 Donald Trump fans reacted to the news that their candidate was a total loser Monday by coming up with a nefarious plot to rob him of the presidency, summarized in the hashtag #MicrosoftRubioFraud.

The gist of the conspiracy (which– surprise!– was started by Breitbart) is this: the app used by Democrats and Republicans to report caucus votes was created by Microsoft. Microsoft has donated money to Marco Rubio, and supports an increase in skilled migrants to the United States. Ergo, the cuckservatives at Microsoft fixed the Iowa caucus so that Rubio can Make America Awful Again and herald in a white genocide.

Microsoft “Here is some free software to count up the votes, totally free, no agenda in it at all” #MicrosoftRubioFraud

Rubio never one time polled more than 12 percent yet he gets 23 percent out of no where. #MicrosoftRubioFraud

Interesting how @FoxNews is going nuts over a 3rd place finish. Could Iowa have been rigged by the establishment?

#MicrosoftRubioFraud “Free” software made by a company with ties to a certain candidate that has a mysterious out of nowhere “rise”…. hmm.

#MicrosoftRubioFraud
Microsoft is Rubio’s #2 donor and, like Rubio, is vehemently in favor of open-borders.

#MicrosoftRubioFraud
It’s simply unbelievable that open-borders anti-white Rubio could do that well. It was obviously rigged.

#MicrosoftRubioFraud We demand an investigation into the Microsoft app and an immediate halt to its use in any more elections. ENOUGH FRAUD!

Interestingly enough, Rick Santorum managed to majorly outperform the pre-Iowa caucus polls in 2012 without the benefit of an evil corporation. Likewise, Trump supporters have yet to provide an explanation for why Microsoft only manipulated the vote enough to move Rubio from third place into… third place.