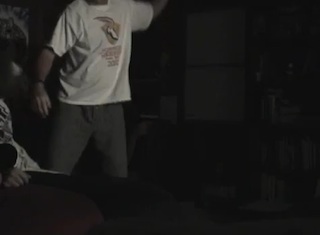 Yesterday, a truly disturbing video appeared on Reddit. The video was headlined “Family law judge (Aransas County) beats and abuses his own daughter for using the internet. She uploaded the video.” and has now reached the popular site’s front page. It’s official description claims to be of a 2004 video of Judge William Adams, a family court judge brutally beating his daughter circe 2004. Unsurprisingly given the video’s content, Redditors have rallied in their attempt to get the man behind bars.

Heres is the official description from the YouTube video:

“2004: Aransas County Court-At-Law Judge William Adams took a belt to his own teenage daughter as punishment for using the internet to acquire music and games that were unavailable for legal purchase at the time. She has had ataxic cerebral palsy from birth that led her to a passion for technology, which was strictly forbidden by her father’s backwards views. The judge’s wife was emotionally abused herself and was severely manipulated into assisting the beating and should not be blamed for any content in this video. The judge’s wife has since left the marriage due to the abuse, which continues to this day, and has sincerely apologized and repented for her part and for allowing such a thing, long before this video was even revealed to exist. Judge William Adams is not fit to be anywhere near the law system if he can’t even exercise fit judgement as a parent himself. Do not allow this man to ever be re-elected again. His “judgement” is a giant farce. Signed, Hillary Adams, his daughter.”

The video was first uploaded a few days ago. While there has been no official word that that description is accurate and that the man in question is really Adams, other videos from the same YouTube user do appear to show the same girl and, after Gawker posted the video last night, a friend of the daughter wrote in to say that the man in the video certainly looks and sounds like Adams.

On Reddit, a site whose users have previously worked together to identify animal abusers found in viral videos, the most upvoted comments give instructions on how to contact local authorities. The following comments are descriptions of phone conversations with police and welfare officers in Texas.

I just called and got off the line with Kaitlyn (ID number 1338) and she was very helpful. I gave her the full name of the video, read the description of it to her, and told her they would probably be getting alot of calls about it. She seemsed VERY interested about it and was incredibly helpful I would 100% recommend calling that number, let them all know about this! She said she would be passing it along to CPS and since the descrption says “the abuse continues to this day” that they will be looking into it asap. And that all your calls do help!

NOTE: Searching youtube for the video, even by the exact name doesnt return anything at this moment, but searching google for the exact name turns it up as the first result so LET THEM KNOW THAT, so if they go to search youtube right now and can’t find it, they will know why! I let Kaitlyn know that and you should let whoever you call know too!

The video is absolutely horrifying and, now that sites like Reddit have taken it up as a sort of cause celebre, expect this story to become very big in the days ahead.

UPDATE: Both Adams and his daughter have spoken to news outlets today as a police investigation has opened. You can read the full update here.

You can watch the video below but, WARNING, it is incredibly disturbing.