‘Do Better’: Amy Schumer Shuts Down Journalists for Reporting Trolling ‘As If it’s News’

‘Do Better’: Amy Schumer Shuts Down Journalists for Reporting Trolling ‘As If it’s News’ 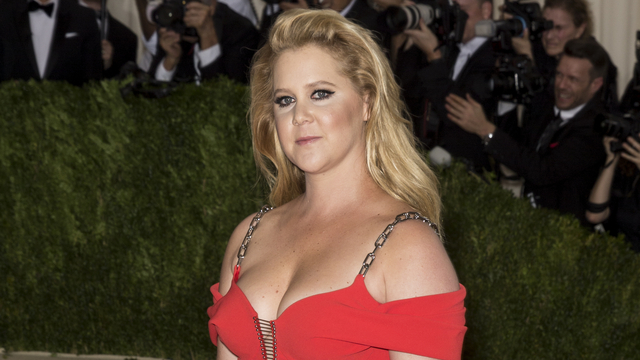 Amy Schumer has no time for trolls or for journalists who, on purpose or not, legitimize them by reporting their activities as being actual news. Recently, she released a new special on Netflix called The Leather Special, which currently has a one-star review.

While lots of outlets reported that the low rating is because Schumer’s special wasn’t well received, Splitsider did some research and pointed out that there are alt-right subreddits where people actually organized made a conscious effort toward a lower rating for her special.

Now, Schumer herself is fighting back, too. She posted on Instagram, calling out the trolls as well as the journalists who reported on them. She starts out by saying how “proud” she is of her special, and that she’s “grateful” to those who are enjoying it and sharing how much they love it on the Internet. Then, she writes, “I am embarrassed for the ‘journalists’ who report on trolls activities as if it’s news. It’s indicative of administration right now.” Schumer then said, “It would be cool if you did a moment of research before posting.”

I am so proud of my special and grateful to all the people spreading love on line about it. I am the first female comic who is selling out arenas all over the world and so grateful for that. I am embarrassed for the “journalists” who report on trolls activities as if it’s news. It’s indicative of administration right now. Anyone who reported that “viewers aren’t happy” with my special, it would have been cool if you did a moment of research before posting. The alt right organized trolls attack everything I do. Read the @splitsider article. They organize to get my ratings down. Meeting in sub Reddit rooms. They tried on my book and movies and tv show And I want to thank them. It makes me feel so powerful and dangerous and brave. It reminds me what I’m saying is effective and bring more interest to my work and their obsession with me keeps me going. I am only alarmed by the people printing their organized trolling as “news” this is what the current administration wants. So this post has nothing against the trolls. I thank you trolls so much. It fills me with hope and power to see you all furiously posting so as always accuse me of whatever lies you want. Call me a whale. Call me a thief and I will continue to rise and fight and lead. I know who I am. I am strong and beautiful and will use my voice my whole time on this earth. Journalists do better it’s embarrassing. Trolls see you on the next one! ???

Schumer ended by thanking the trolls for making her feel “so powerful and dangerous and brave,” and for filling her “with hope and power.”

“I know who I am,” she said. “I am strong and beautiful and will use my voice my whole time on earth.”